Alonso may be upstaged by new teammate

Motivation may be an issue for Spaniard 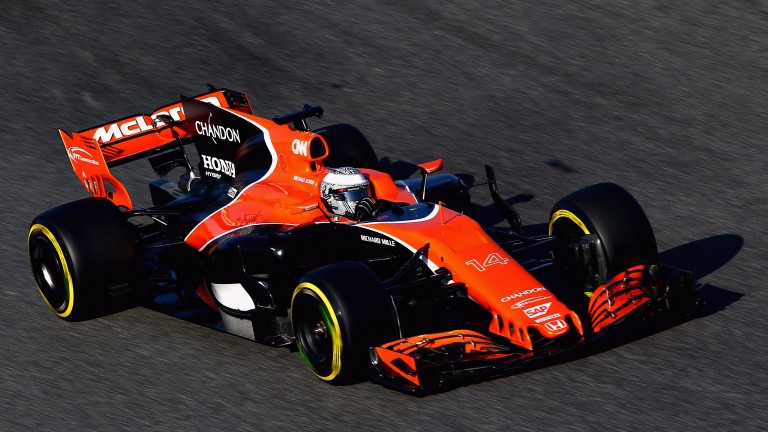 It has been another troubled winter for Fernando Alonso and McLaren
Dan Istitene
1 of 1
By Adam Scriven 6:55PM, MAR 22 2017

McLaren and Honda’s troubled partnership is at “maximum strain” according to McLaren racing director Eric Boullier.

The two motorsport giants, who dominated Formula One together in the late 1980s, were expected to be in a position to challenge after showing huge improvement last year.

However, during winter testing the car has struggled to reach double-figures in terms of laps without breaking, and the runs it has completed suggest a significant performance deficit.

That will make it all the more painful when the red machines come up to lap him this season, which looks a likely scenario for much of this year.

To his credit, Alonso has often seen the funny side of his travails over the last two seasons – in public at least – but his patience and motivation must be reaching their limit.

At the age of 35 his window for winning another championship must be coming to a close, despite the high esteem in which he is still held by top team bosses.

At the other end of the spectrum is Alonso’s new teammate Stoffel Vandoorne. The young Belgian scored McLaren’s first point last season when he substituted for the injured Alonso in Bahrain, and he could be a star of the future.

Points could be hard to come by for the team until they get on top of their problems, and Vandoorne looks overpriced to pick up a higher tally than Alonso this season.