Wozniacki could be in for Australian Open heartbreak 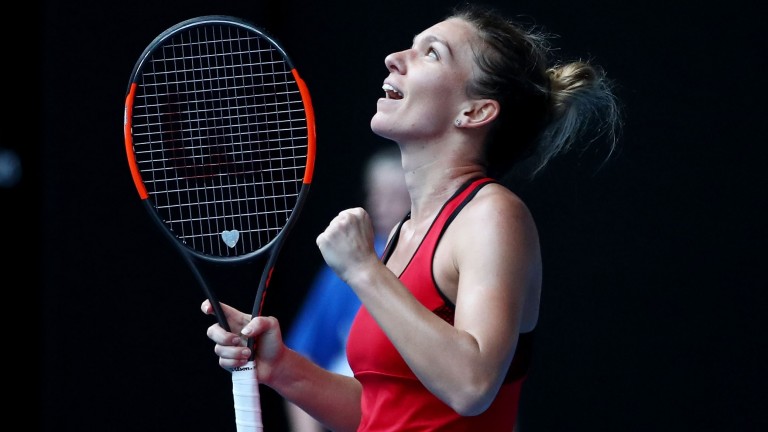 Despite all the shocks and upsets in Melbourne this week it is the world's top two players who contest the first women’s Grand Slam final of the season and number one seed Simona Halep can confirm her superiority over Caroline Wozniacki.

It will be a first Grand Slam breakthrough for whoever wins, with an added incentive to finish the fortnight top of the world rankings, and Halep looks a worthy favourite.

Having to come through a gruelling two hour 20 minute semi-final duel with a rejuvenated Angelique Kerber was not the ideal preparation for Halep but it’s a test she passed with flying colours and the Romanian can finally get her name up in lights.

The 26-year-old saved two match points against the in-form Kerber before triumphing 9-7 in a deciding set and it's that fight and will to win that will stand her in good stead.

Halep took the match to the German and dictated the majority of the play and if able to perform to the same intensity should have too much for the Dane, who has had a much easier route to the final.

Halep has overcome Kerber, Karolina Pliskova and the hard-hitting Naomi Osaka, while Wozniacki has yet to defeat a top-20 performer from her six matches and the form can definitely be picked apart.

The talented Wozniacki is a superb athlete but there is something special about Halep's performances in Melbourne this week and the desire to break her Grand Slam hoodoo is clear for all to see.

Wozniacki leads their head-to-head series 4-2, winning the last three meetings, but the pressure surrounding the situation looks a leveller and if the match goes the distance the fitter Halep would be fancied to last the pace.

Both players have suffered defeat in two Grand Slam finals but for the plucky Romanian it looks set to be third time lucky.