Morton can cause problems for Rangers 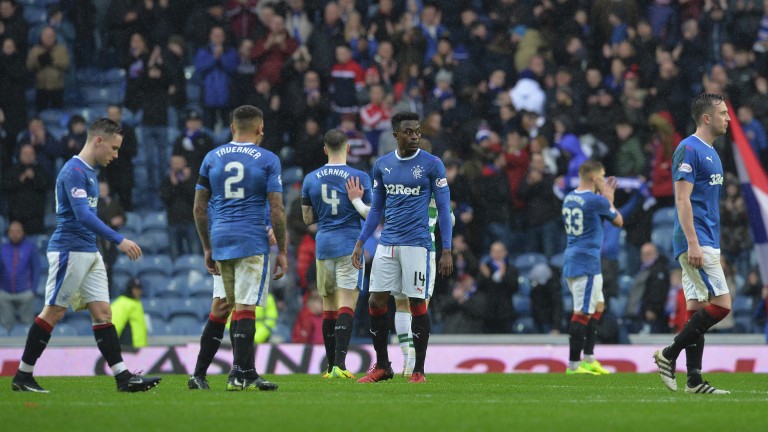 Hearts lost to Hibernian in the cup last season, helping their
Edinburgh rivals end their 114-year wait for William Hill Scottish Cup glory, but the Tynecastle outfit can avenge that defeat with a home victory.

Ian Cathro’s side have suddenly clicked after a sluggish start under their new boss and the signings of Anastasios Avlonitis and Esmael Goncalves are looking like inspired moves.

Hibs are long odds-on to win the Ladbrokes Championship this season but they were poor last weekend in the 1-1 draw at home to struggling Ayr United and appear vulnerable at the back.

Hearts would love to knock out the holders and it would also be no surprise if whistle-happy ref Willie Collum awards a penalty today – a 12-5 chance with Paddy Power.

Team news
Hearts
Arnaud Djoum is back for Hearts after helping Cameroon win the Africa Cup of Nations. Prince Buaben, John Souttar and Callum Paterson are out.

Managerless Rangers begin life after Mark Warburton with a tricky William Hill Scottish Cup tie against a Morton side full of confidence.

Warburton’s shock departure could hardly have been handled worse but it was not before time as the former Brentford boss’s increasingly erratic management style has been reflected by a Rangers team in turmoil after a shocker of a campaign.

Morton will be highly motivated for this tie and manager Jim Duffy managed a draw at Ibrox last season with a weaker squad against, arguably, a better Rangers team.

It’s difficult to predict how Rangers will respond under caretaker boss Graeme Murty and Morton should be backed to at least pose them problems. Braver punters may even be tempted by the 16-1 about the underdogs.

Team news
Rangers
Forward Michael O’Halloran returns from suspension and Josh Windass should be fit for the game.