Arsenal could get better in latter stages 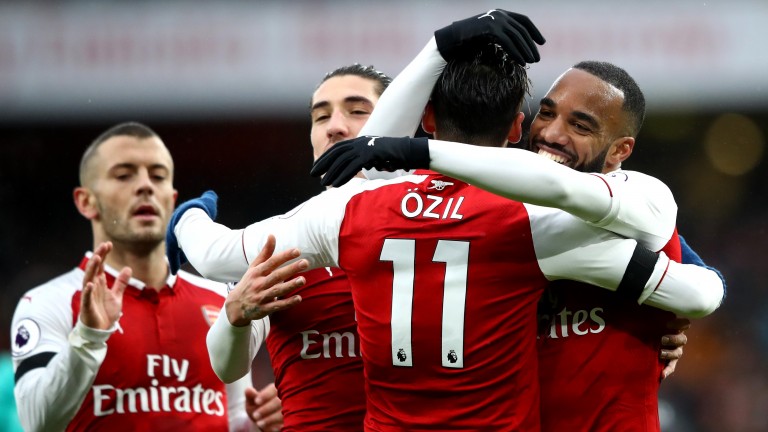 Crystal Palace were beaten at the death at Goodison Park last time out and they could be in for more late agony against Arsenal at Selhurst Park on Sunday.

The Eagles had looked on course for a deserved point against Everton only to concede twice in the final five minutes, and buying the time of the last match goal could be the best way of supporting Arsenal to punish Palace as this Premier League match ticks on.

Liverpool left it late before sealing the deal in a 2-0 win at Palace earlier in the season and that continued a trend of Roy Hodgson's side falling at the last at home to the elite last term with Tottenham (88 minutes) and Manchester United (90) deciding their Selhurst trips with time running out.

Arsenal, with seven Premier League wins in a row, are finding their style under Unai Emery but they tend to get better as the match goes on, as we saw in the 3-1 victory over Leicester on Monday when skipper Mesut Ozil reckoned the Gunners played some "sexy football".

It was looking pretty ugly until Ozil equalised on the stroke of half-time, but the Gunners upped their game after the interval when Pierre-Emerick Aubameyang bagged a brace to move up to seven top-flight goals for the season.

Alexandre Lacazette is also in great nick and Arsenal have scored 16 of their 22 Premier League goals in the second half.