Montreal can book their berth in MLS final 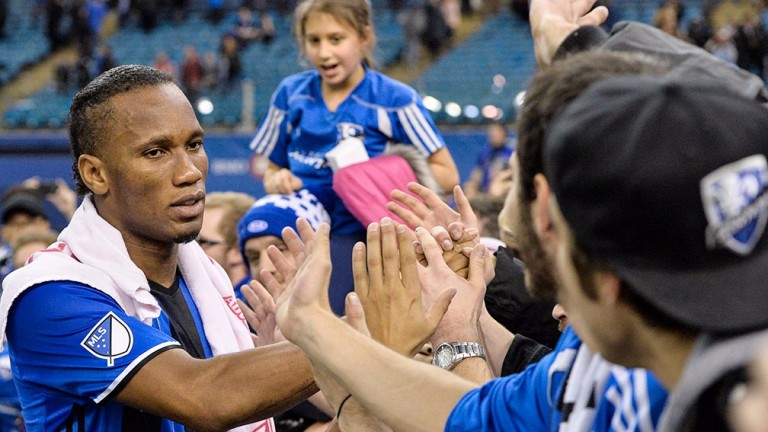 Didier Drogba will be hoping for one more game before retirement
Getty Images
1 of 1
By Steve Davies 7:40PM, NOV 29 2016

Montreal have nicked an advantage in their all-Canadian showdown with Toronto for a place in the MLS final and can finish off the job at BMO Field.

The Impact won the first leg 3-2 although they were kicking themselves for letting slip a three-goal lead, Jozy Altidore and Michael Bradley grabbing the late Toronto goals which make them favourites to go through to a showdown with western winners Seattle.

But Montreal, who won 1-0 at BMO Field on their last visit in August, have won four in a row – including a stunning 2-1 victory at New York Red Bulls in the last round of the playoffs – and are playing well enough to secure their spot in the final.

Greg Vanney’s Toronto, who saw-off New York City 7-0 on aggregate in the last round, are 8-13 to win their home leg.

For that he needs his holy trinity of Bradley, Altidore and Sebastian Giovinco to step up. Giovinco, the reigning MVP who has been laughably overlooked in this season’s ballot, has been superb though Bradley’s performance levels have dropped in recently.

They boast the best defence in the East though, as we saw last week, they can be breached, and Montreal possess the players to unlock any defence.

Key to the underdogs is Ignacio Piatti, a class act who has scored six in his last eight, while coach Mauro Biello has Didier Drogba on the bench, the 38-year-old ex-Chelsea frontman hoping he has one more match to come before heading into retirement.