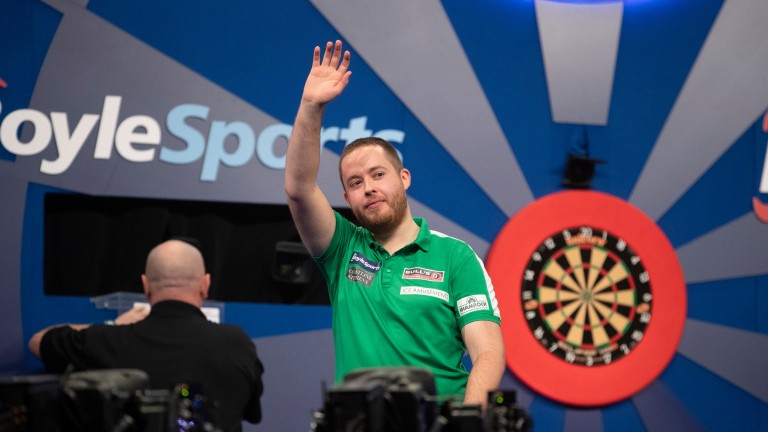 The William Hill World Championship continues at Alexandra Palace and it could prove wise to expect a good night for the Irish.

Steve Lennon has suffered heartbreak on his last two visits to the William Hill World Championship but he can relieve some of that pain with a victory over Callan Rydz.

Lennon was beaten in a deciding set by Alan Norris last year and prior to that lost narrowly to Michael Smith in 2018.

However, there's plenty of positives to take from those performances and reaching the final of the World Cup in June suggests a big individual TV performance may not be far away.

Rydz has some impressive form on the Challenge Tour this term, including two tournament wins, but this is his debut at Ally Pally and it looks a tough ask against the classy Carlow man.

Danny Noppert awaits the winner in round two.

William O'Connor hasn't always enjoyed the best of relationships with the exuberant darts crowd and a win over Marko Kantele could set up a clash with fellow boo-boy Gerwyn Price in the second round.

O'Connor was Lennon's partner when the pair made the final of the World Cup earlier this year and the Limerick darter showed he can go it alone when making the quarter-finals of the Ladbrokes Players Championships last month.

Kantele has Ally Pally experience, having made his debut at the venue 11 years ago, but the Finn hasn't produced anything of note this season and qualifies only via a second-place finish on the PDC's Nordic and Baltic standings.

Sky Bet make it a 5-2 shot that O'Connor can win without dropping a set and the Magpie looks ready to take off.

Keane Barry completes the trio of Irish acts when he takes on Vincent van der Voort and it's a tough ask to expect the 17-year-old to win but he can out-maximum the experienced Dutchman.

Van der Voort averages 0.21 180s per leg on the Pro Tour and while there isn't a huge amount of data on Barry given his age, the 0.18 maximums per leg on the Challenge and Development Tours compares well with his more experienced rival.

It's difficult to know how Barry will handle the Ally Pally experience but the Meath chucker looks well worth a punt to hit the most 180s.