Return of Paddy McBrearty set to beef up attack 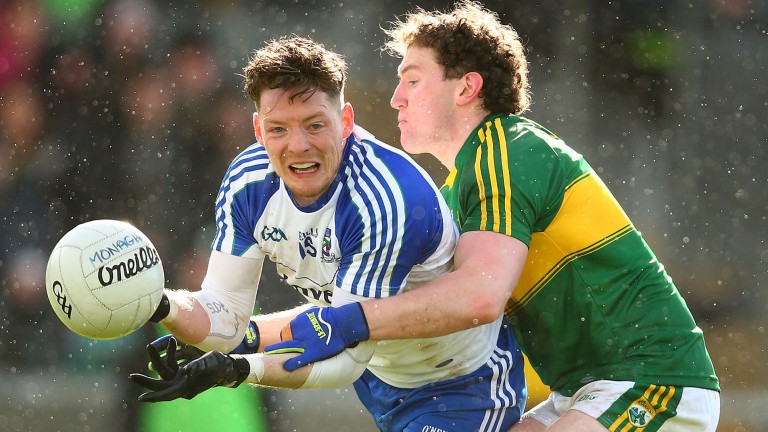 The draw was kind but Donegal destroyed every side who crossed their path in Ulster last year, averaging 2-19 per game and winning their four outings by an average of 9.75 points, so it surprising to see them as big as 3-1 to retain their provincial title in 2019.

Rewind to last year's Ulster campaign and you will remember Donegal beat Cavan by eight points, Derry by six, Down by 13 and Fermanagh, who shocked Monaghan in the Ulster semi-final, by 12 in the decider.

Donegal came unstuck in the Super 8s without Paddy McBrearty but some would argue that they gave Dublin their biggest fright in last year's championship with the five-point losing margin failing to do their performance justice. They gave it a right go.

If they are to repeat their Ulster success, they are likely to bump into Fermanagh, Tyrone and Monaghan but with McBrearty set to return and beef up an attack which already includes Ryan McHugh, Jamie Brennan, Oisin Gallen and the evergreen Michael Murphy, it will take something special to stop Donegal in Ulster.

The big danger could be Monaghan if, as expected, the Farney army reach the Ulster final.

Monaghan are on the easy side of the draw in Ulster and will avoid Donegal and Tyrone until the provincial decider. They were unpredictable in the league but perhaps O'Rourke has put all his eggs into the championship basket this year.

The betting might suggest otherwise but Monaghan remain All-Ireland contenders and could get to the last four.

You can back Donegal and Monaghan to meet in the Ulster final at 9-2 and that looks great value as Tyrone appear the only danger.