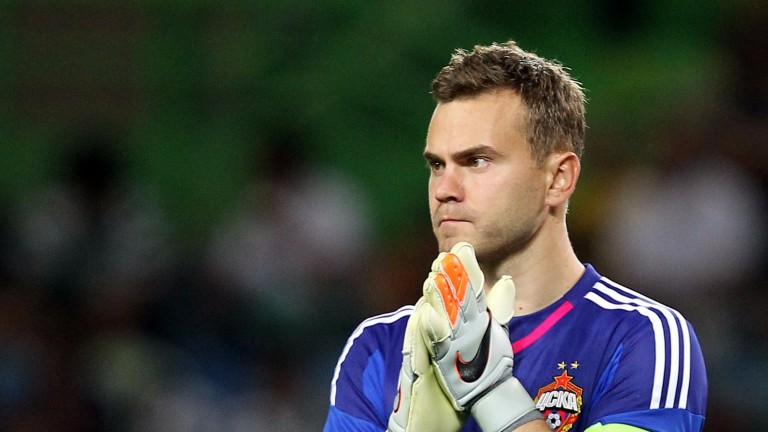 CSKA Moscow goalkeeper Igor Akinfeev is in for a busy night
Getty Images
1 of 1
By Joe Champion 5:07PM, NOV 2 2016

Monaco enjoyed 60 per cent of the possession and had more shots on target than CSKA Moscow when the teams fought out a 1-1 draw 15 days ago and it is worth backing the principality club to earn all three points on their own turf.

The hosts have been enjoying themselves at Stade Louis II this season. They are unbeaten, winning six of eight matches, and have scored in every game.

Now they face a CSKA team with a rotten defensive record in this competition as they bid to maintain their lead at the top of a tight group which also features Tottenham and Bayer Leverkusen.

CSKA goalkeeper Igor Akinfeev has one of the most unenviable records in European football. The Russian stopped has not kept a clean sheet in his last 40 Champions League appearances and Monaco should extend that run with a victory on Wednesday evening.

Team news
Monaco Nabil Dirar is a long-term absentee with a calf injury.

CSKA Moscow Aleksandrs Cauna is recovering from a ankle operation while Roman Eremenko is banned.