Free-scoring Philadelphia can edge a thriller 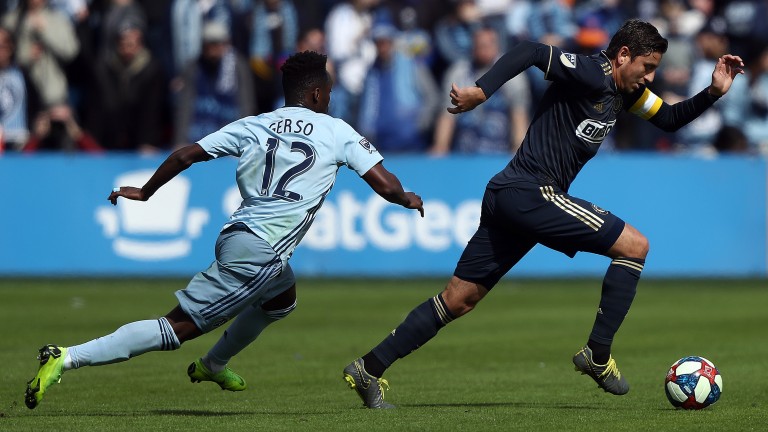 Orlando City coach James O’Connor has a decision to make as he prepares for part two of his side’s double-header with Philadelphia.

Orlando were beaten 3-1 by the Union on Thursday night and the sides meet again in Chester, Pennsylvania, where the visitors are short-handed.

Robert Jansson and Sacha Kljestan were sent off in the first game against Philly and are suspended while playmaker Joao Moutinho remains sidelined. They are just outside the playoff places in the East and take on New York City in a US Open Cup quarter-final on Thursday.

O’Connor is under pressure to rest players before that cup tie and if he does, conference-toppers Philadelphia would look a great bet at 5-6.

Having said all that, Philadelphia weren’t in the greatest of form going to Orlando and were being held 1-1 by the Lions when Jansson became the first home player to be expelled. Orlando have been serial improvers in recent weeks and could be improved again with Dom Dwyer available to start and Gold Cup stars trickling back. If, of course, O’Connor goes strong at the Talen Energy Stadium, and that’s the key question.

The layers expect goals – the Union’s matches average 3.15 per game and both teams have scored in their last eight – while the City front three of Tesho Akindele, Chris Mueller and Nani have finally clicked as a unit.

Orlando are going to have to make changes in defence and Philadelphia are scoring for fun, so take the hosts to win a game with two or more goals.