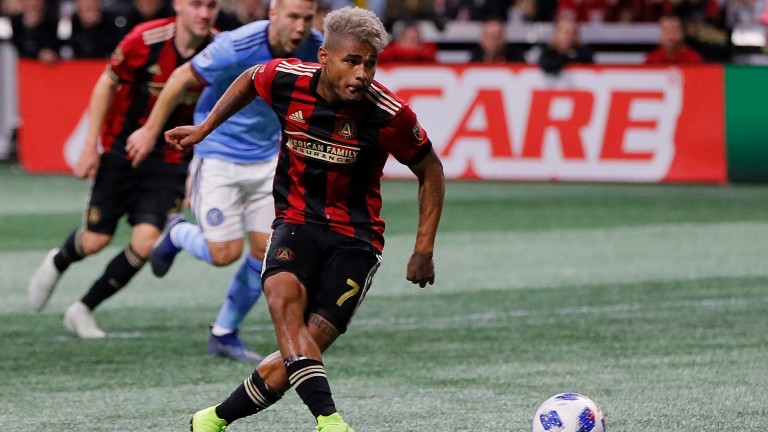 Josef Martinez could be the difference-maker for Atlanta
Kevin Cox
1 of 1
By Matthew Ireland 8:00PM, MAY 11 2019

Atlanta United could be forgiven for thinking life in Major League Soccer is easy.

The Five Stripes have been a fully fledged member of the US league for only two full seasons yet they made the playoffs in their first campaign in 2017 before going all the way and becoming champions in 2018.

Those remarkable successes were achieved under the guidance of former Barcelona boss Tata Martino but the Argentinian left to take over as Mexico’s head coach in December and has been replaced by Frank de Boer.

De Boer is on a mission to restore his managerial reputation after ill-fated stints with Inter and Crystal Palace.

After a slow start to the campaign which saw the champions take only two points from their first four games, Atlanta appear to be getting used to De Boer’s methods and they face Orlando after four wins from their last five games.

All of those triumphs have come without conceding and a strong foundation could form the basis of another victory.

The hosts have conceded just eight times this term and while they have scored just 11 times themselves, there have been signs that their attack is beginning to gel once more.

The champions should get some joy against an Orlando defence who have conceded 16 times this season, of which nine have come in their last five games.