Dodgers should run out ready winners in Fall Classic 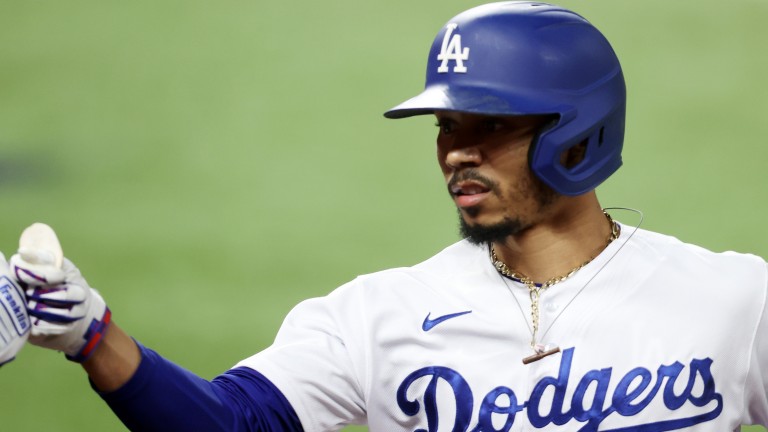 Mookie Betts has made an impression in his first season with the LA Dodgers
Tom Pennington
1 of 1
By Stephen Morgan UPDATED 4:08PM, OCT 19 2020

Free baseball tips, best bets and analysis for the 2020 World Series between the LA Dodgers and Tampa Bay Rays.

The Tampa Bay Rays take on the LA Dodgers in game one of the best-of-seven World Series tonight, and for the first time in the modern era it will take place in a neutral venue - Globe Life Field in Arlington, Texas.

The Dodgers reached the Fall Classic in dramatic fashion, coming from 3-1 down to beat the Atlanta Braves in Game Seven of the National League Championship Series, and the men from California are odds-on to end their title drought and win their first World Series since 1988.

With the conclusion of the post-season being played in a bubble neither team is at home, although the Dodgers will have built up some familiarity with the Arlington venue having played there in both the Division and Championship series.

They were World Series runners-up in 2017 and 2018 but the addition to their already superb batting line-up of Mookie Betts, who hit 16 home runs in the shortened regular season, has further improved them.

The Rays should not be taken lightly in their bid to win a first title in franchise history. They have an exciting team and their pitching in particular is top class. Charlie Morton and Blake Snell are solid starters and are backed up by a strong bullpen, although Tampa Bay are not as adept at scoring runs as preventing them, and their line-up has a low combined batting average of 0.209 in the playoffs. They scored an entire run less per game on average than the Dodgers in the regular season.

Although the Dodgers won 43 regular-season games, the most in MLB, which was backed up by impressive underlying stats, they still have vulnerabilities that could see them lose a game or two in the series.

The form of ace pitcher Clayton Kershaw is a major concern. Arguably the best starting pitcher in regular-season baseball over the last ten years, he has rarely played his best in the post-season and is far from reliable - he gave up four earned runs in Game Five of the Championship series.

The Rays will not be pushovers, but the Dodgers should still prevail fairly comfortably, so series correct-score bets of 4-1 and 4-2 are advised.