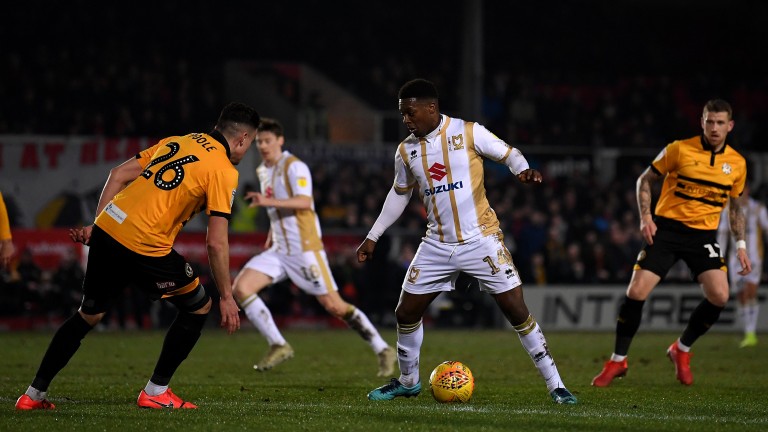 MK Dons boss Paul Tisdale conceded his side’s match with AFC Wimbledon cannot be treated like any other game and its significance could translate to a cagey affair in Buckinghamshire.

The Sky Bet League One outfits clashed in the EFL Cup only last month, with Tisdale’s men winning on penalties after a 2-2 draw at Kingsmeadow, and this game is likely to be much tighter.

The home side’s two league triumphs this term have been by single-goal margins - the first thanks to a 93rd-minute winner against Shrewsbury and the second came despite them being thoroughly outplayed by Lincoln, who they beat 2-1 after losing the shot count 27-12.

They were shambolic in their last home fixture, failing to steer any of their 12 shots on target in a 4-0 hammering by Peterborough.
While their attacking impotency is something which needs addressing in the league, their defence should be able to handle a feeble Wimbledon front line.

The visitors are winless in their opening six league assignments and could not find the net in either of their last two games against Brighton U21s and Wycombe.

However that should not warrant odds-on quotes for MK Dons, given that Wimbledon’s poor run has featured away games to promotion-chasing duo Sunderland and Ipswich and they gave a good account of themselves in both.

Neither outfit have made a particularly impressive start to the new League One season and there could be an air of caution around the stadium for the televised clash.

Both teams have scored in only one of the last five meetings between these sides.