Last chance to impress before the Masters 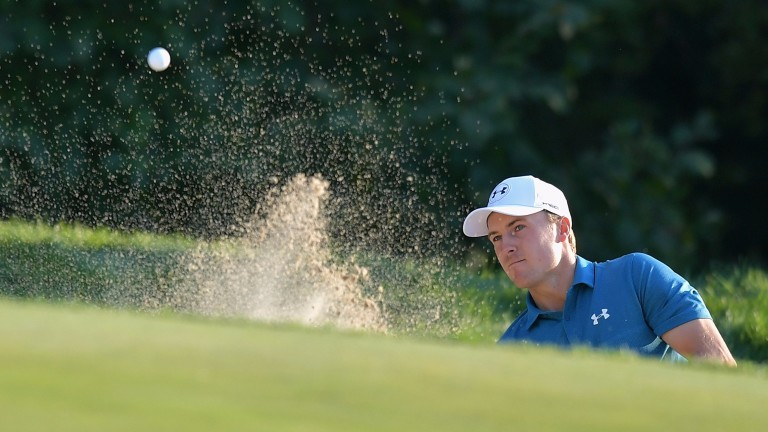 Jordan Spieth will take a two-shot lead into the second round of the Masters
Drew Hallowell
1 of 1
By Ian Wilkerson 11:45AM, MAR 31 2018

While most eyes at the Houston Open will be on whether Jordan Spieth or Rickie Fowler can boost their confidence for next week's Masters with a victory, the betting value on the third-day threeballs may lie elsewhere.

The trio of Lucas Glover, Robert Garrigus and Keith Mitchell (3.30pm BST) may not attract packed galleries at the Golf Club of Houston, but it could be an opportunity for the less-experienced Mitchell to shine.

They start their third round five shots behind leader Beau Hossler and it would be a surprise if shock 2009 US Open winner Glover made up further ground.

He has played in all but one of the Houston Opens played at the course since 2006 and has posted just two top-30 efforts, the last one being a 14th place in 2008.

This is just the third time in his last seven appearances that he has extended his stay into the weekend and 2018 has hardly been a vintage year, with 17th spot at the Honda Classic the standout performance.

He defied those statistics by carding an opening 65, which included a run of five successive birdies, but four bogeys in his second round on Friday suggest we may have seen the best he has to offer this week.

Big-hitting Garrigus had his moments in a second-round 69, but he is another with an indifferent record at the venue.

He was fifth in 2007 and 20th last year, but made little impression in the intervening years and he did not go into the tournament in great form.

He was eighth at the Farmers Insurance Open in February, but that has been the only top-30 finish he has produced in his last 12 outings, so it would be no great surprise if he fades away as well.

Compared to his playing partners, Mitchell has the potential to push on in his tournament debut.

The 26-year-old from Tennessee found the water on the sixth - his 15th - on Friday which led to a double-bogey six, but that was one of just three holes where he has dropped shots this week.

While the game's leading lights were contesting the WGC-Dell Match Play last week, Mitchell finished second in the Corales Championship in the Dominican Republic.

That performance looks to have given him great confidence after he found the competition tough in his opening efforts on the main tour, but he was a top-20 regular on the secondary Web.com and there is scope for him to make further improvement.