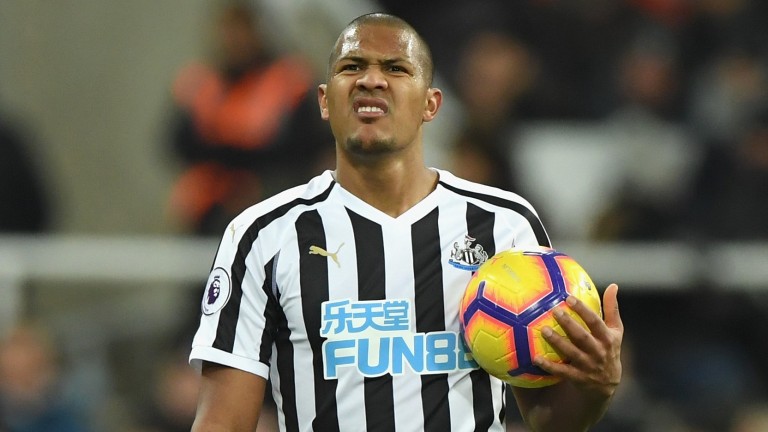 Maurizio Sarri has complained that the goals are drying up at Chelsea although one could easily be good enough to earn them three points against Newcastle.

Chelsea have scored just four goals in their last six matches against Premier League opposition, the sort of statistic that would deter value-seekers from lumping on the Blues at odds of 1-4.

You would want far more firepower from a side before getting involved at that price and unfortunately firepower is something Chelsea don’t have in abundance.

Instead they have Alvaro Morata or Olivier Giroud as their out-and-out number nines – both have been out with injuries and neither is in any sort of form.

It's little wonder that Sarri is pursuing Gonzalo Higuain and one or two others but as it stands it’s quite likely that Eden Hazard will be shoehorned into line-leading duties once more.

Chelsea have looked toothless in front of goal in recent weeks but they are still not as impotent as guests Newcastle. Football can spring its share of surprises but this is a fixture which looks straightforward enough to read.

The visitors will park the bus and Chelsea may well get frustrated trying to break them down. They should get the job done but a hammering is unlikely to be on the cards so a Chelsea win by a solitary goal is well worth considering at 3-1.

Chelsea, for all the concerns over their attacking potency, continue to play plenty of decent football under Sarri and they have lost only one of their last 20 home games.

That was a 1-0 defeat at the hands of Leicester. They were undone by a goal from Jamie Vardy who was crucial on the counter that day and is unlike any player Newcastle possess. That Vardy effort, incidentally, is the only one Chelsea have let in at Stamford Bridge in their last eight outings.

There’s little affection for former Chelsea chief Rafa Benitez at the Bridge and there will be precious little love from anyone for the tactics he chooses.

He looks and sounds like a man who has been worn down by the way the club is being run and his role in it. The manager's mood is mirrored in the way the Magpies play, especially on their travels.

With 15 goals scored in 21 matches the Toon are almost unwatchable and only Huddersfield have bagged fewer goals in the top flight.

Salomon Rondon is Newcastle's top scorer with five but the Geordies’ lone frontman is a massive 16-1 to open the scoring at Chelsea.

They have at least conceded fewer goals than Arsenal and Manchester United so should prove stubborn opponents for the Blues.

Team news
Chelsea
Ruben Loftus-Cheek and Olivier Giroud are out but Alvaro Morata is back in training.

Newcastle
Sung-Yeung Ki and Yoshinori Muto are on Asian Cup duty and Chelsea loanee Kenedy is ineligible. Paul Dummett and Jonjo Shelvey are out while Mohamed Diame is a doubt. Centre-back Federico Fernandez is set to return.