Vikings capable of staying in touch in low-scoring clash 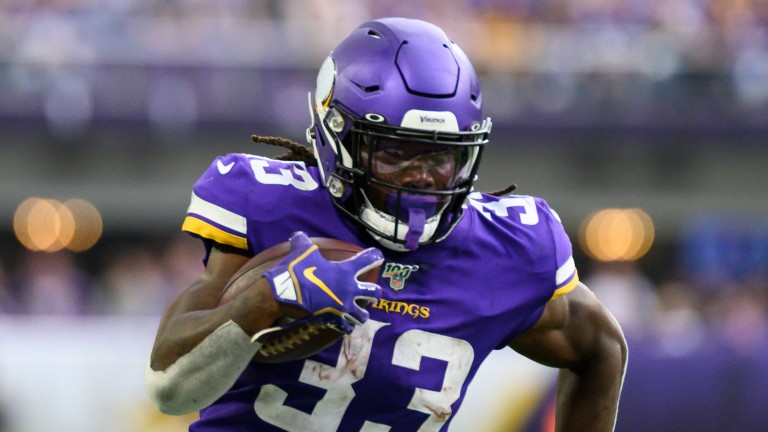 Green Bay defied the odds last week by grinding out a 10-3 victory in the NFL season-opener at Chicago and they will have their eyes on another NFC North victory when Minnesota head to Lambeau Field in Week Two.

However, they are looking for their first victory over the Vikings since 2016 and they will be facing one of the league's best defences for the second consecutive week.

It has been all change at Green Bay with Matt LaFleur replacing the long-serving Mike McCarthy as coach and there looks set to be more emphasis on the run this year rather than just a reliance on quarterback Aaron Rodgers to drag them out of trouble.

They defended well to limit the Bears to a solitary field goal on opening night but no one at Soldier Field was treated to the customary Rodgers fireworks as he was sacked five times by the Chicago defence.

Their offensive line need to step up and the Packers will be mindful that this week's opponents matched the 50 sacks the Bears mustered in their 16 regular-season games last term.

The total-points line has moved down from 46 to 43 this week and with few scores expected, it is worth taking the visitors with a field-goal start.

The Vikings' opening 28-12 victory over Atlanta was more comprehensive than the final score suggests as none of the Falcons' points arrived in the first three quarters.

The Minnesota defence did an excellent job, smothering the Atlanta running game while using their own brilliantly.

Minnesota were ranked 30th in rushing last year but that was when Dalvin Cook was ruled out with injury. His return with two touchdowns in last Sunday's win should be cause for great excitement in Minneapolis.

Quarterback Kirk Cousins threw the ball on just ten occasions but they still have plenty of options through the air and that could give the Packers plenty to think about.

Green Bay have had an extra three days of rest, but Minnesota are capable of at least staying within three points in what is likely to be a low-scoring clash.

Six of Minnesota's last seven games have gone under the points line.