Minnesota at Kansas City: preview, injury news, when to watch 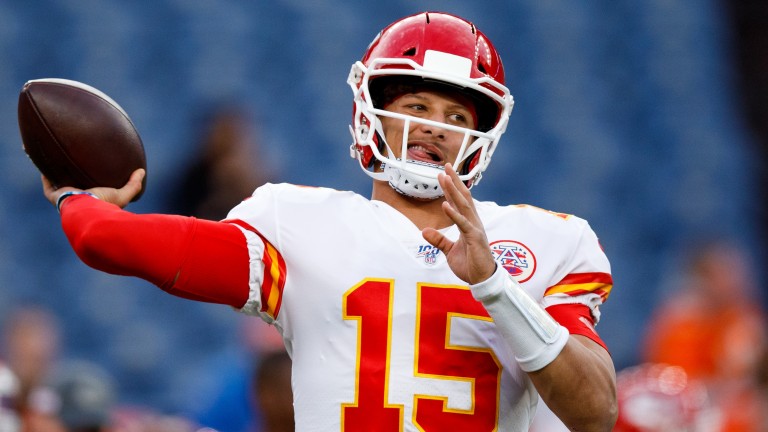 Preview for Minnesota Vikings at Kansas City Chiefs at Arrowhead Stadium in Week Nine of the NFL.

Kansas City's Super Bowl hopes looked in jeopardy when quarterback Patrick Mahomes dislocated his kneecap three weeks ago, but the Chiefs have not ruled out the prospect of him playing against Minnesota on Sunday.

With doubt surrounding the participation of last season's NFL MVP, bookmakers are yet to price up the Chiefs' intriguing clash with Minnesota, although the Vikings have moved from 3.5-point underdogs to 1.5-point favourites with the few Las Vegas outlets offering prices.

Mahomes has been limited in practice this week and is officially rated questionable, but he has been saying all week that he felt he had an "outside chance" of playing.

If he doesn't make it, Matt Moore, who threw for 257 yards and two touchdowns in last week's 31-24 defeat to Green Bay, will again deputise as Andy Reid's side go in search of this sixth win of the campaign.

Mahomes' participation will have no effect on Kansas City's biggest task in this clash, which will be stopping the Vikings' running game.

The Chiefs have allowed an average of 145 yards on the ground this season and face the league's most productive rusher Dalvin Cook.

Stopping him will be key but with the Vikings determined to put pressure on the Packers in what is beginning to look like a two-horse race for the NFC North, they could take some stopping as they look to cover the handicap for the fifth time in their last six outings.

Kansas City
A late decision will be made on quarterback Patrick Mahomes, who could return three weeks after dislocating his kneecap. Matt Moore will deputise if he is ruled out. Guard Laurent Duvernay-Tardif and defensive end Alex Okafor are out and defensive end Frank Clark and defensive tackle Chris Jones are rated questionable.

Total points have gone under the line in ten of Minnesota's last 14 games.