Millwall's semi-final at Scunthorpe is likely to be tight 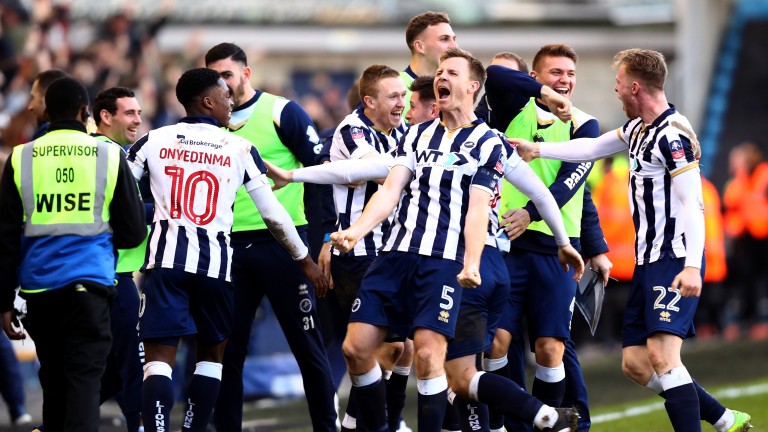 It's often said that no two games of football are ever the same but there could be a familiar look to the Sky Bet League One semi-final second leg between Scunthorpe and Millwall at Glanford Park.

Thursday's goalless first leg was a tense battle with few goalscoring opportunities - Millwall had three shots on target and Scunny just one - and the return match looks set to be similarly tight.

Scunthorpe are the narrow favourites to reach Wembley and manager Graham Alexander was clearly delighted with the defensive effort of his side, although whether they possess enough guile to break down an equally resolute Millwall remains to be seen.

Top goalscorer Josh Morris has had a stunning season but he is without a goal in his last 11 appearances, while loan star Matt Crooks scored three goals in consecutive fixtures before being crocked for the season.

Alexander has a decision to make over Ivan Toney, who is a yellow card away from missing a potential final, and Millwall are unlikely to give up much space judging by the comments of manager Neil Harris as the Lions prepare for their 60th match of a long season.

He told the News at Den: "We haven't got to win the game in 90 minutes. A draw takes it to extra-time and then penalties if need be."

Team news
Scunthorpe
Scott Wiseman has not recovered in time, but captain Stephen Dawson should be okay to play despite a nasty hand injury. Matt Crooks, Luke Daniels, Charlie Goode and Tom Hopper remain out.

Millwall
Right-back Shaun Cummings is a major doubt so Mahlon Romeo is likely to come in.

Key stat
Eight of Millwall's last 11 league away matches have featured no more than two goals.