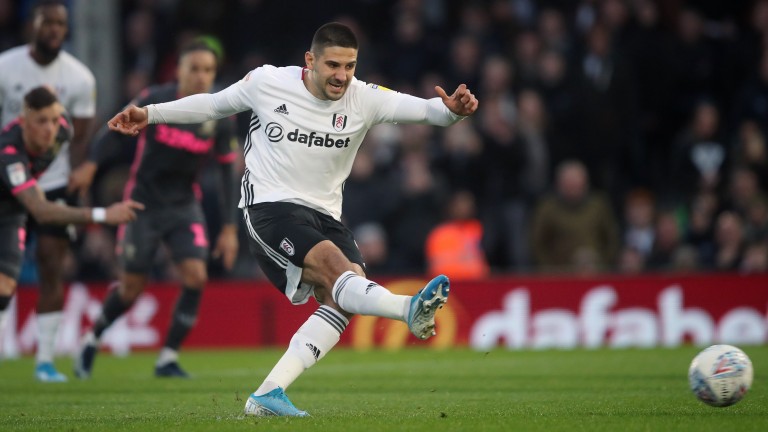 Fulham have shown a promotion-winning mentality since the turn of the year, posting five victories by single-goal margins, and they can come through another tough test by defeating playoff-chasing Millwall at The Den.

In the early part of the season Fulham were often guilty of dominating games but failing to take maximum points.

However, they have developed a more steely side in recent months and that should stand them in good stead against the Lions, who have lost just three home league games this season.

Scott Parker can take a lot of credit as Fulham's revival has taken place after his decision to recall experienced midfielder Kevin McDonald to the starting line-up for last month's 2-1 success at home to Aston Villa in the FA Cup third round.

With McDonald patrolling in front of the back four, Fulham have looked more solid and improved results have followed with the Cottagers collecting four wins and a draw from their last five games.

Fulham are always going to pose a threat at the other end with Aleksandar Mitrovic leading the line.

The Serbian striker picked up an ankle injury in January, ruling him out for three games, but he has returned to the side with goals in recent victories at home to Huddersfield (3-2) and away to Blackburn (1-0), taking his seasonal tally to 20.

Fulham's victory at Blackburn, a side unbeaten in the previous ten home games, was another example of their new-found resolve. And another professional performance could be enough to see off a Millwall side going through a sticky patch.

Millwall were unbeaten in six games going into last month's FA Cup fourth-round tie at home to Sheffield United but Gary Rowett made five changes and his team were brushed aside 2-0.

Rowett had good reasons to prioritise the league games but Millwall have struggled to bounce back from their FA Cup exit and their winless sequence was extended to four games by a 2-0 loss at home to West Brom on Sunday.

Millwall looked disjointed against the title-chasing Baggies, losing the shot count 29-7, and they may find it difficult to get their promotion push back on track.

Rowett will demand an improved effort against the Cottagers but his team have had only two full days to recover and may struggle to avoid a third successive home defeat.

Fulham have lost just one of their last nine league games.