Milan worth backing to see off Torino 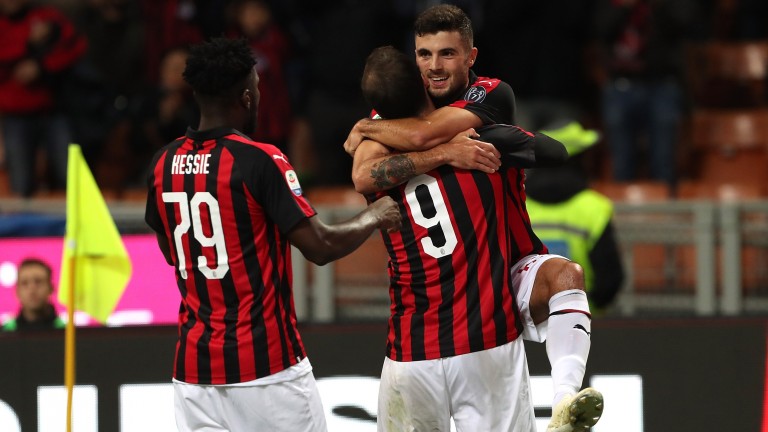 Eleven Sports from 11.30am Sunday

Torino have been solid away from home but they could be in for their first road defeat of the season when they travel to Milan.

The Rossoneri have looked good at San Siro, winning five of seven in the league, with champions Juventus the only team to take three points off them at their iconic stadium.

Key stat
Torino are undefeated on the road in Serie A, winning two and drawing five of their seven games.

Genoa fans will be hoping a home game against Spal will provide some welcome respite after a desperate eight-game winless run in Serie A was compounded in midweek by a Coppa Italia exit against Serie C side Virtus Entella.

Spal are also in poor form and have gone five in the league without a win, but it's the defence rather than attack that is letting down both sides and a clean sheet for either looks unlikely.

Key stat
Genoa have taken only three points from their last eight Serie A matches.

It's not hard to see why Udinese find themselves uncomfortably close to the relegation zone - a simple lack of goals.

Only twice have they scored more than one goal in a game - both times in away draws - and they've hit just two in their last four matches.

Atalanta's run of four successive victories was brought to an end by back-to-back defeats but they stayed competitive in both and can get back to winning ways.

Both of these teams are struggling and it would be no surprise if they were content with a share of the spoils.

Sassuolo have claimed one victory in their last eight matches and may not have the firepower to see off Fiorentina, even though the visitors have not won in their last seven matches.