Mike Dean's time in the spotlight should be applauded not ridiculed

Criticism of much-maligned arbiter is unjust 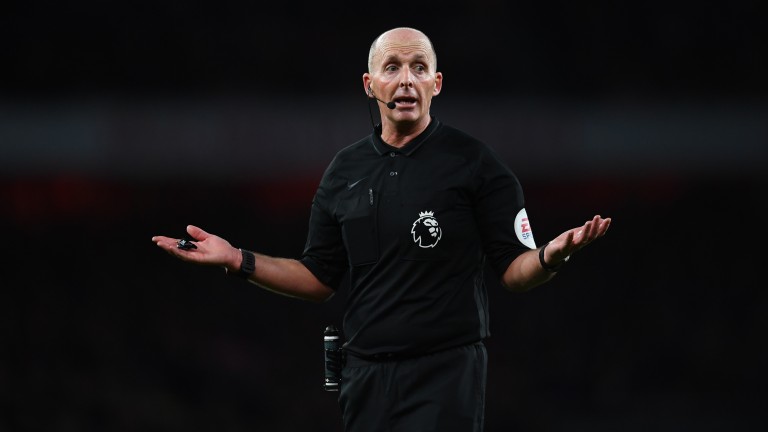 The first player to score a goal in a Premier League match refereed by Mike Dean was Gerry Taggart. The first player Dean waved on as a substitute in his extraordinary career as a top-flight ref was Stan Collymore and the first of his 102 Prem dismissals was Nolberto Solano.

In other words, Dean has been at it a long time, and in the wake of his 500th Premier League game in charge at the Emirates on Saturday it is high time he was acknowledged as Britain’s greatest ever sporting official.

Forget Harold Bird, forget Howard Webb, forget, er, Alan Mills, Dean is the king of them all, a superb operator who has given tremendous service to English football yet has had to deal with derision, disrespect and abuse throughout his brilliant career.

Nothing exemplifies the way completely wrong opinions can form, gain traction and then go unquestioned than the general attitude towards Dean, who officiates boldly, accurately and decisively despite having been constantly subjected to absurdly unjust ridicule and criticism for more than 20 years as a top-level arbiter.

It’s pathetic. The main line of attack on him takes the form of the well-established catchphrase “it’s all about him”. This stems from his sometimes flamboyant signalling of decisions, which is mystifyingly construed as an attempt by him to grab the limelight rather than what it actually is, which is a way of ensuring everyone understands as clearly as possible that he has stopped play or indeed waved play on, something he has done cleverly down the years in a way that has often enabled teams who have been fouled to go on and score when they might not have done if they had been awarded a free kick instead.

Trawling through the replies to some of the tweets reporting Dean’s milestone was a dismal experience, with fool after fool posting their mindless negativity about him and only the occasional sensible person pointing out what an asset to English game he has been.

Throughout Dean’s career, referee numbers at amateur level have plummeted alarmingly, due partly to the diminishing popularity of 11-a-side park football but mostly because of the soaring levels of verbal and physical abuse refs are enduring.

And despite worthy initiatives such as the Respect campaign we still see officials routinely slagged off on Premier League pitches, the latest appalling example being Manchester United players swarming around Craig Pawson at Anfield on Sunday after he had correctly allowed a Liverpool goal to stand (it was subsequently, wrongly, chalked off by the VAR but we won’t go there). 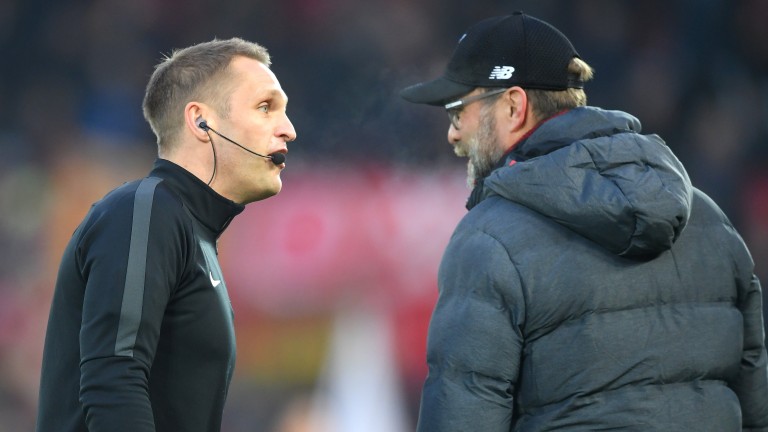 Pawson commendably stood his ground and booked David De Gea, who was lucky to be rescued by the video ref, but it struck me at the time that you rarely see Dean attract such wrath from players, which is a mark of the respect they show him.

This, I suspect, is largely because they know he will not stand for any of their nonsense. Whenever there is a new directive to refs he is the one official who is guaranteed to implement it at all times, however unpopular that makes him with managers, fans or TV pundits.

Dean does come with the odd quirk that might offend those who want their officials to be as unobtrusive as possible, which is perfectly understandable. But the occasional contortion of his rubbery face is a small price to pay for more than two decades of outstanding refereeing and hopefully before the last spell of injury time is blown on his wonderful career people will stop gormlessly perpetuating the myth that he is just a talentless attention-seeker and appreciate him for the outstanding referee he has been for such an extraordinarily long time.

Non-runner refund option would be a welcome addition

Seven weeks (as opposed to 49 sleeps please) from now it will be the third day of the Cheltenham Festival and I suspect I am not the only person with a far less elaborate ante-post garden than usual at this stage of the jumps season.

In fact, I don’t suspect. I know. Because a Twitter poll I knocked up yesterday showed that a massive 71 per cent of the 1,324 people kind enough to respond said they too have decreased their long-range festival wagers this year, with 11 having increased it and 18 keeping it roughly the same as ever.

When asked why, common themes were multiple options for many horses, the likelihood of better value on the day and the restrictions placed on many competent punters.

I would add to those the disappointing universal application of mean place terms of a fifth the odds the first three for all the championship races when, not long ago, a quarter was the widely-offered fraction.

Clearly the ultra-competitive nature of raceday betting is a massive factor as well, with spectacular place terms, excellent price boosts and other concessions threatening to make that each-way tenner you placed before Christmas look a particularly bad idea.

And now we are entering the non-runner no-bet season, when bookmakers gradually increase the number of races on which stakes are returned if your selection does not turn up.

It sounds like a nice way of softening the blow of a horse you have backed going lame or being aimed at a different contest, and in some cases it is. Sky Bet and bet365, the two firms already up with NRNB, are competitive on a number of Cheltenham contenders so if you fancy any of them and think they will be shorter on the day you have a good reason to get involved.

But elsewhere on the two bookies’ lists are prices that are either marginally or considerably shorter compared to those firms who operate on the traditional non-runner tough-luck basis, reflecting either multiple possible targets or the existence of a premium if you want the cushion of a no-show.

As a punter I would like to see bookmakers offer two prices for each horse in their ante-post lists, one with and one without a non-runner refund.

Bookmakers often display more than one price for each horse through extra markets such as insure bet and enhanced win-only odds, so it wouldn’t confuse anyone, and by offering the option to either get your money back if a horse does not run or take the more risky route it would provide a potentially interesting angle that could breathe new life into what has clearly become a less appealing form of betting.

That is not to say ante-post betting is dead though, and I have high hopes for my latest stab, which is on Honeysuckle for the Champion Hurdle at 10-1. She looks classy and progressive and in what is a weak year I am banking on a decent win in the Irish Champion Hurdle on Saturday week, after which her connections will hopefully find it irresistible to go for the big one at the festival rather than the pesky mares race.

I have, however, split my stakes between a standard ante-post bet and the 5-1 non-runner no-bet option.

There was uproar at the snooker the other day when Ali Carter missed the yellow but told the referee the cue ball had glanced it. She believed him and he went on to win the frame and his Masters semi-final against Shaun Murphy.

He was blasted for his actions and labelled a cheat. But what he did was no different to what footballers do virtually every two minutes of a match. He chanced his arm and appealed for a decision, as happens at every disputed throw-in or corner.

If you are a player you know whether or not the ball came off you last and it is one of the most unpleasant sights in football to see someone claim a corner and then lambast the referee for giving it the other way when they both know it was the correct decision.

The only difference between what routinely happens on the football pitch and what happened in the snooker is that, for reasons best known to herself, the referee believed what Carter had told her rather than trust what her eyes had seen.

FIRST PUBLISHED 7:00AM, JAN 23 2020
As a punter I would like to see bookmakers offer two prices for each horse in their ante-post lists