Mighty Munster have the class to disregard Scarlets 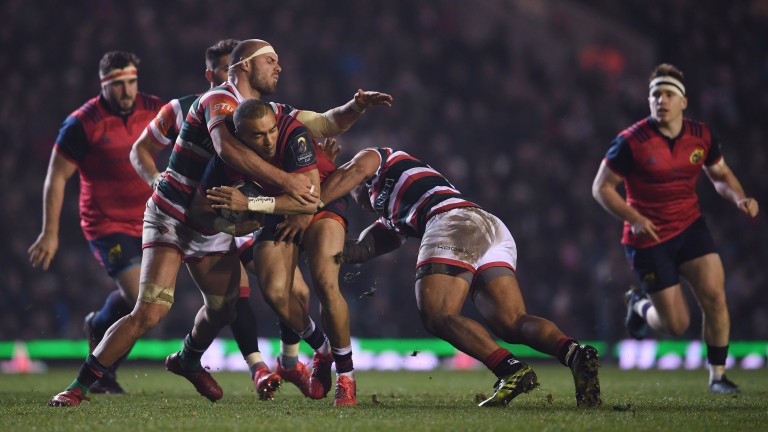 Bookmakers had already priced up a Munster v Leinster final before last week's semis but Scarlets ripped up the script with a historic victory in Dublin.

The Welsh side's success against Leinster was all the more remarkable given that they had to play more than half of the match with only 14 men.

But they face a different kind of challenge against direct and uncompromising opponents and it's hard to escape the conclusion that the Scarlets will be ground down by the might of Munster.

Munster's season has of course been dominated bythe death of coach Antony Foley and the respect and admiration the players had for him has been visible in their performances.

That motivation is sure to be evident again today but Munster will know they have to avoid getting caught up in their emotions and stay focused.

Leinster were guilty of taking their eye off the ball in the first half of last weekend's semi-final and shipped three tries. They dominated the stats, enjoying more than two-thirds of the possession and making twice as many metres as their opponents, but could not break down a determined Scarlets defensive effort.

Defences are sure to come to the fore at the Aviva Stadium and Munster have the best in the business, conceding just 34 tries in the Pro12 all season.

With a South African coach in Rassie Erasmus they play a pragmatic game and a record of just three league defeats all season points to their physical dominance.

One of those losses came at home to the Scarlets, but that was during the Six Nations, while the teams also met in the opening round when Munster won at Parc y Scarlets with most of their internationals still resting.

Scarlets are masters at taking whatever chances come their way but Munster look to have too much for them and can edge a win to honour Foley's memory.

Recommendation
Munster to win by one to 12 points
1pt 6-4 Betfair, Ladbrokes