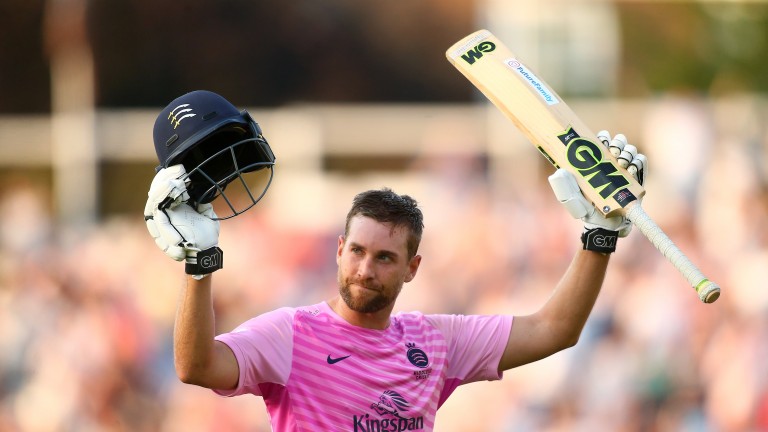 Dawid Malan was England's leading runscorer in the 2017-18 Ashes but his focus this summer is on leading Middlesex to the knockout stage of the T20 Blast.

The captain and opening batsman has been in cracking form in the South Group, the highlight being an innings of 117 from just 57 balls against Surrey at The Oval.

He scored another quick fifty in Sunday's win over Somerset at Richmond and is worth chancing at 11-1 to be man of the match in the reverse fixture against Surrey at Lord's.

AB de Villiers and Eoin Morgan are also in the Middlesex squad while Surrey's batting unit is led by Australia's Aaron Finch but Malan, who has reached 40 in four of his six Blast innings, looks value to shine brightest at Lord's.

Surrey, well beaten by 37 runs in their first meeting with Middlesex, have won only one of their first six matches and are 5-4 for victory at Lord's.

Young opener Will Jacks is a player to watch and the 8-1 that he hits more sixes than any other batsman is worth a small bet.

He struck six sixes in an over during a pre-season game against Lancashire and has hit 15 maximums in 11 Twenty20 innings in his brief but promising career.

Somerset's Tom Banton and James Hildreth shared a stand of 66 from just 4.1 overs in the early stages of their innings against Middlesex on Sunday and Jacks could cause similar carnage.

Team news
Middlesex
The hosts could name the same 11 who beat Somerset although left-arm seamer Tom Barber replaces James Harris in the squad.