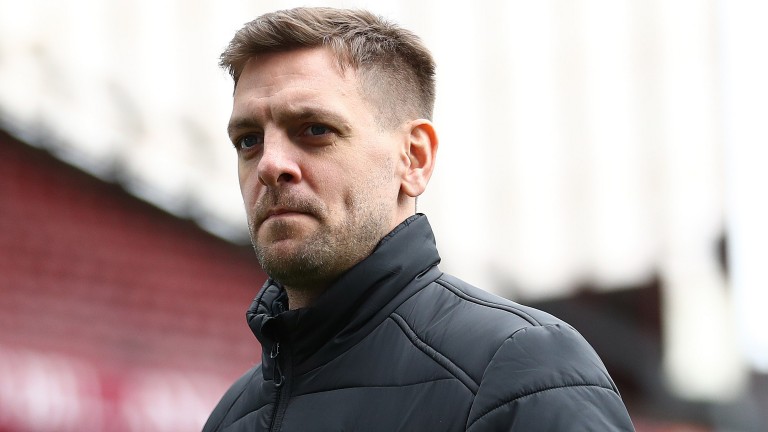 Middlesbrough
Marcus Browne and Paddy McNair are suspended after being sent off in the defeat by Swansea. Britt Assombalonga could return from injury while fellow striker Rudy Gestede was involved as a sub against the Swans after an absence.

Stoke
Peter Etebo (thigh) could be in line to return for the Potters. Ryan Shawcross (groin) limped off just 16 minutes into his return against Luton but is hoping to be passed fit.

Successive home victories have eased the pressure slightly on Middlesbrough manager Jonathan Woodgate. He will be a targeting a third victory in a row at the Riverside on Friday night when Stoke City are the visitors.

A ten-game winless streak saw Woodgate's position come under threat but that was halted by a home success over Barnsley at the end of November.

A win over Charlton and a creditable draw at Nottingham Forest followed and there were more encouraging signs at Swansea last weekend before a final half-hour collapse in which Boro had two players sent off and lost 3-1.

A desperate away record places greater importance on matches such as this one for Woodgate's side.

Stoke were bottom of the Sky Bet Championship when Michael O'Neill took over as manager and he has picked up ten points in his seven games in charge. The Potters are improving defensively having registered back-to-back clean sheets for the first time since March.

Goals have often been at a premium in this fixture with the last six matches between the teams producing just nine.

Middlesbrough are also the lowest scorers in the Championship with just 19 goals scored in 22 matches. Striker Rudy Gestede's season has been blighted by injury but he returned on the bench against Swansea last week.

Stoke's strikers are also struggling. Their top scorer is a midfielder, Sam Clucas, with strikers Sam Vokes and Lee Gregory netting only once each from open play.

All Championship clubs will be looking towards the festive period as an opportunity to put together a run of results to move up the table but for Middlesbrough there is a real opportunity for them to move away from the relegation zone.

Following the visit of the Potters, Huddersfield are at the Riverside on Boxing Day. With away fixtures against promotion-chasing West Brom and Preston also on Boro's agenda, Woodgate knows that these two home fixtures are hugely important if his side want to avoid starting 2020 in the bottom three.

Despite most bookmakers making Stoke the favourites for this one, it could prove wise to side with the home team, even though they have only four wins all season.

Woodgate's side have shown signs of improvement after a woeful start and they can secure a third straight home win.

All four Middlesbrough victories this season have been 1-0, so punters hoping for goals are likely to be disappointed.

Middlesbrough have picked up 16 of their 21 Championship points at home including all four league wins.