Middlesbrough suffering from a lack of quality 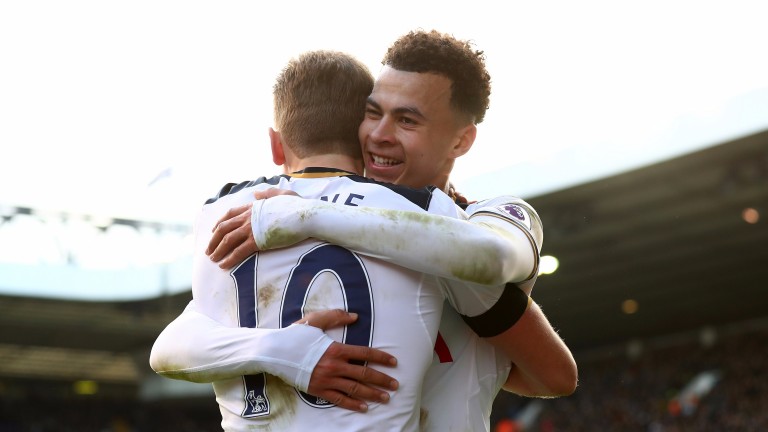 1 Toothless Boro in big trouble
Middlesbrough have scored just two goals in seven Premier League games since the turn of the year and look in grave danger of an immediate return to the Sky Bet Championship.

Their 1-0 loss at Crystal Palace on Saturday was hugely damaging, leaving them just one point above the drop zone, and was a fair outcome to a game in which Palace started with more intensity.

Starting games slowly is not an option for Boro because they do not possess the firepower to come from behind.

Their 19-goal tally is the lowest in the division and there has been little impact from January signings Patrick Bamford and Rudy Gestede, who were snapped up to ease the goalscoring burden on Alvaro Negredo.

Negredo aside, Boro possess a Championship quality attack and that may be where they end up at the end of the season.

2 Hot Spurs looking good for top four
Tottenham experienced a major blow on Thursday – losing 3-2 on aggregate to a very ordinary Gent side in the Europa League – but they responded with a superb 4-0 win at home to Stoke to set them up perfectly for the Premier League run-in.

Spurs played over half of the match against Gent with ten men but showed plenty of energy against the Potters despite Mauricio Pochettino naming an unchanged starting line up.

It was a convincing way to round off a busy period of four games in 11 days with Harry Kane netting his second hat-trick in three games.

Dele Alli and Christian Eriksen also impressed and if Spurs’ key attacking trio can stay injury-free they should have the necessary firepower to cement a top-four finish.

3 Hammers revival set to continue
West Ham’s only defeats this year have been inflicted by the Manchester clubs and they were impressive in a 1-1 draw at Watford on Saturday.

They were the dominant side for long periods at Vicarage Road and would have won had they carried a greater threat up front.

Andy Carroll – absent with a minor injury – was missed but Michail Antonio had a superb game and continues to improve despite a late red card.

Those two should score plenty of goals between now and the end of the season and could help the Londoners exert some pressure on West Brom in the battle for a top-eight finish.

4 Newcastle not promotion certainties
Newcastle came from two goals behind to draw 2-2 at home to Bristol City on Saturday but it was a poor performance and a result which gives further encouragement to third-placed Huddersfield, who are piling on the pressure in the race for automatic promotion from the Championship.

Injuries to top scorer Dwight Gayle and key midfielder Isaac Hayden have upset Newcastle’s rhythm and they are under-strength at an awkward time because they travel to leaders Brighton tomorrow and Huddersfield on Saturday.

Rafa Benitez’s men need to dig deep because a couple of defeats would put them under immense pressure.

5 Pompey heading for top three
Portsmouth are an example of how far a well-supported club can fall but they might look back on Saturday’s 3-0 win at Carlisle as a huge moment in their quest to get out of Sky Bet League Two.

Pompey are still three points behind the Cumbrians but they have collected ten points from their last four games and look on course for automatic promotion.