Middlesbrough primed to pick off under pressure Tractor Boys

Boro have the classy attackers to claim three-points at Ipswich 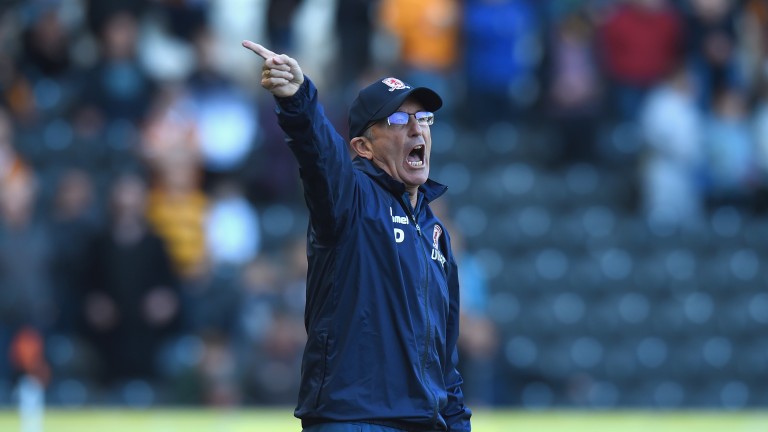 Tony Pulis has always believed that the end justifies the means and there is still a chance that Boro could be celebrating a playoff final victory in May
Getty Images
1 of 1
By Dan Childs 7:59PM, OCT 1 2018

Middlesbrough have been expensive to follow on their Sky Bet Championship travels, winning once in five attempts, but they look attractive odds-against favourites to topple third-bottom Ipswich at Portman Road.

There are risks attached to backing Middlesbrough because manager Tony Pulis often sends his teams out with the overriding aim of not losing.

Boro have the best defensive record in the Championship but have scored just 12 goals and the balance of the side may need to shift if they are to get enough wins to sustain an automatic promotion push.

However, Pulis is happy enough for now with Middlesbrough third, just a point behind leaders West Brom, and safety-first tactics may be enough to see off Ipswich, who are justifying pre-season expectations of a tough battle against relegation.

Ipswich's winless start extended to ten games after they squandered a 2-0 lead at Birmingham on Saturday – drawing 2-2 – and there is pressure on them to target three points against Boro.

The Tractor Boys have achieved just one clean sheet – a 0-0 draw at home to fellow strugglers Bolton, who had been reduced to ten men by the 34th-minute dismissal of defender Marc Wilson.

And they are the joint-second lowest scorers in the section with eight goals from ten games.

Their lack of penetration is understandable due to a lack of quality in attack.

New signings Kayden Jackson and Ellis Harrison (injured for the next three months) have struggled to cope with the step up from lower divisions and a lot of goals have disappeared from the side with Bersant Celina ending his loan spell from Manchester City, David McGoldrick finishing his contract and Martyn Waghorn and Joe Garner signing for Derby and Wigan.

Last season Celina, Garner, McGoldrick and Waghorn weighed in with league tallies of seven, ten, six and 16, and their departures could signal the beginning of the end of Ipswich's 17-season stay in the second tier.

Town manager Paul Hurst is doing his best on a meagre budget and has his squad playing with plenty of spirit and desire.

But the lack of quality has been obvious and it could cost them against a Boro side with better players in the areas that matter.

Middlesbrough
Adam Clayton serves a one-game ban and no fresh injuries are reported.

Key stat
Ipswich have not won any of their last 12 matches.