Middle-order ace Duminy to star again down under 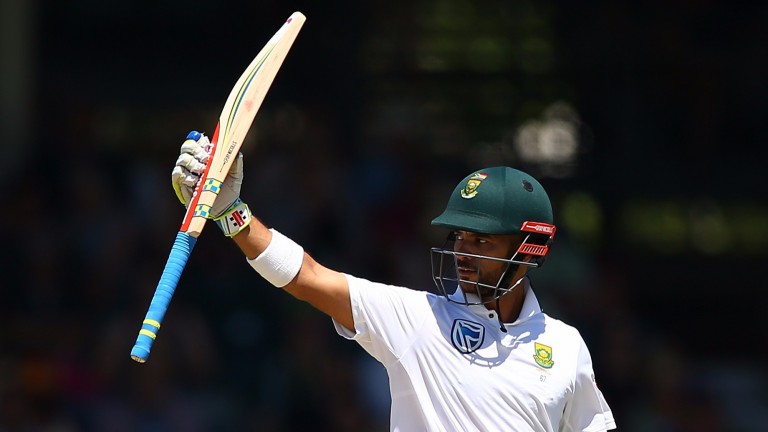 South Africa mounted an extraordinary comeback to win the first Test against Australia in Perth but the draw is odds-on when the sides meet in Hobart.

Heavy rain is forecast for the first couple of days of the match although a stalemate would suit the Proteas after they took a 1-0 lead in the three-Test series.

Australia looked to be cantering towards a huge first-innings lead at the Waca, where they were 158-0 in reply to South Africa’s 242 all out. Yet a spectacular batting collapse and a fine second-innings effort from the tourists meant the Aussies ended up losing by 177 runs.

That was a particularly impressive result given that AB de Villiers was absent, Hashim Amla made nought and one, and they had to take 20 Australian wickets without the injured Dale Steyn.

Australia are set to risk the fitness of their key strike bowler Mitchell Starc but he and the rest of the home attack could be frustrated by JP Duminy once again.

Duminy has an underwhelming Test record overall but he relishes clashing with Australia, scoring three of his five centuries against them.

Two of those tons came down under, including a crucial 141 in the second innings at the Waca, and he also made 97 and 32 not out in a warm-up game against a Cricket Australia 11. At 7-1, the middle-order man is overpriced to top-score.

Kagiso Rabada continued his outstanding start to his Test career with seven wickets in Perth – six of them top-six batsmen – and he looks a solid favourite at a freely available 5-2 to be South Africa’s leading bowler in the first innings.