Michael Valgren value to fly to victory on Mende airfield

Alejandro Valverde could also be considered 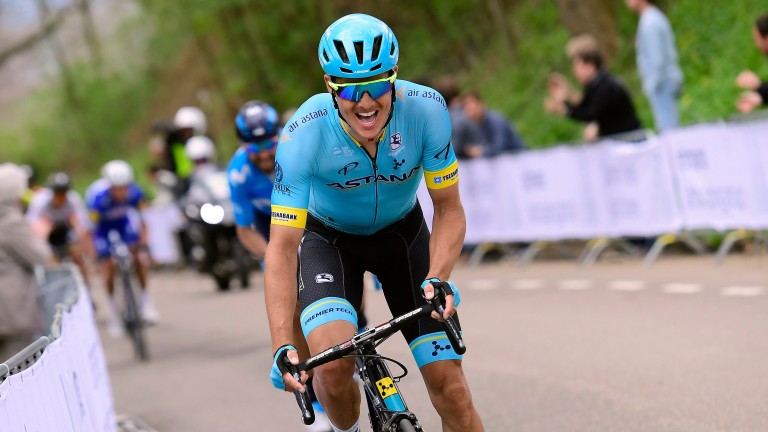 The return to flatter terrain on Friday saw Peter Sagan take advantage of the absence of the big sprinters to score his third stage win of this year’s Tour.

With the minor fastmen scenting a rare chance of success, Sagan denied them all with a narrow victory over Alexander Kristoff. Arnaud Demare, whose Groupama-FDJ team did much of the work to reel in the day’s escape and ensure there was a bunch sprint, could manage only third.

The road heads up again through the Massif Central on Saturday, with a vicious sting in the tail at Mende, and the remarkable Sagan could well be in the mix again, along with other top riders from the spring classics.

General classification contenders will have to be on their guard too, as the finish is hard enough to cause losses for any rider who has an off-day or is badly positioned for the final climb.

The last stage to finish in Mende was in 2015 when Steve Cummings won from the remnants of a high-class breakaway, with Thibaut Pinot and Romain Bardet close behind and Rigoberto Uran and Sagan completing the top five.

Today’s overall route is slightly tougher but the finish is the same, with the final climb up the Cote de la Croix Neuve suiting the punchier riders before a fast 1.5km run-in to the line on the airfield.

The best two classics riders for this type of finish are Alejandro Valverde and Julian Alaphilippe, who were third and fourth on similar terrain at Mur de Bretagne on stage six. Daniel Martin and Pierre Latour were ahead of them and will also relish this finish, while Sagan has to enter calculations as usual.

Rafal Majka and Adam Yates, whose GC hopes have evaporated, also have the right qualities.

Valverde will be a big player in running if he’s involved at the end, but the winner could come from a break and he may not be allowed to go away.

Alaphilippe could be out front to defend his mountains jersey and that will also give him a big chance of stage victory but he’s a very skinny favourite.

One with the pedigree is Michael Valgren, this year’s Amstel Gold winner, and this could be a finish he has targeted.