Michael Smith might bring the worst out of Barney 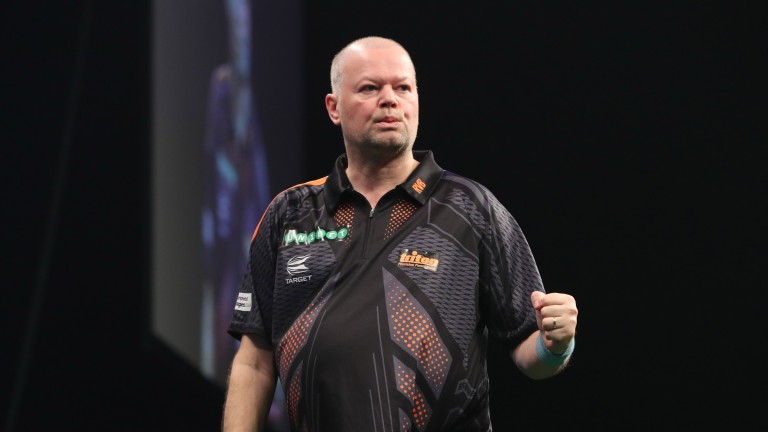 S Whitlock v G Price
Head-to-head record: 3-3
Gerwyn Price looks and sounds like a man who has fallen out of love with darts so take Simon Whitlock to issue the last rites on the Welshman’s debut Premier League campaign in Liverpool.

Price has lost five in a row, guaranteeing himself the wooden spoon, and it would be no surprise if he signed off on Judgement Night with another lacklustre effort.

He tweeted a couple of weeks ago that he’s bored with the game and needs a break, and he certainly looked out of sorts while being battered 6-1 by Luke Humphries (with an 87 average) in his only match at the German Grand Prix over the weekend.

Whitlock is odds-on although if he’s going to win, he’s got to break and since he’s throwing first, punters may as well back him to cover the handicap.

R van Barneveld v M Smith
Van Barneveld leads 7-5
Something about Michael Smith seems to be bringing out the worst in his opponents.

Five of eight adversaries this season have averaged 91 or worse against Bully Boy, which helps to explain why the Englishman is sitting pretty in the top four going into Judgement Night.

On the face of it his showdown with Raymond van Barneveld looks too close to call – that’s certainly how the layers see it.

The bet may be Barney to average under 98.5. He’s averaged under 97 on six of his eight outings this season and continues to blow hot and cold.

They met three times last year with the Scot winning all three and that domination shows no sign of ending.

Anderson beat Cross on his way to glory at the UK Open last month and a week later battered the Sussex star 6-0 in a floor event.

Cross is throwing better now than he was at the start of 2018 but Anderson still looks the bet.

M Suljovic v M van Gerwen
Van Gerwen leads 8-4
And so to the nuts and bolts of Judgement Night, although the chances are there will be little drama in deciding who accompanies Price through the trapdoor.

If Mensur Suljovic loses to Michael van Gerwen, the Austrian goes home. A point or better and the gauntlet is thrown at the feet of fellow struggler Peter Wright.

It’s hard to dislike Van Gerwen, who is on a 12-game winning streak having collected an eighth title of the year in Germany on Monday.

However, given how well Suljovic has performed in his debut campaign without the results to back it up, the outsider is still a massive price at 9-1, having beaten the Dutch world number one in four of their 12 meetings.

Snakebite’s game is improving having reached a pair of European Tour finals over the past few weeks.

But he hasn’t won a Premier League game since Week Two and regardless of what happens to Mensur Suljovic, the Scot is going to struggle to topple an in-form Gurney.

The Northern Irish chucker, odds-on to be eliminated after Week Four, is now unbeaten in four and has won his last four matches against Wright.

He banged in nine maximums against Rob Cross last Thursday, giving him 37 for the tournament, which is 20 more than Wright has pinged. The most 180s double with Van Gerwen works out at around 6-4.