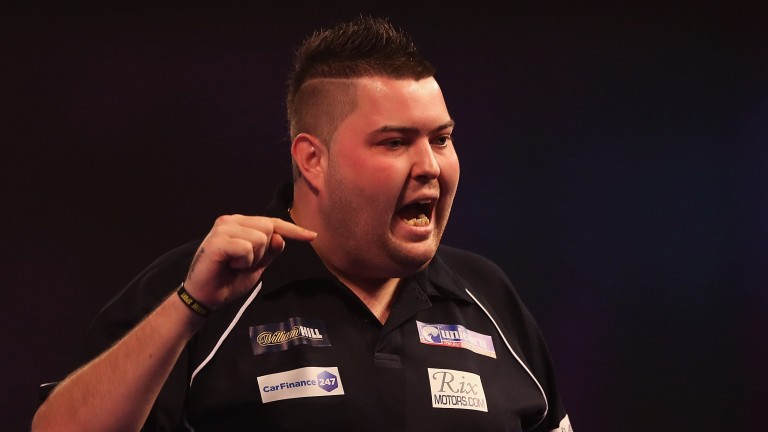 Gary Anderson has endured two of his more forgettable Premier League nights at the Rotterdam Ahoy and he probably shouldn’t be trusted at a short price to make it third time lucky against Michael Smith.

Bully Boy beat an ailing Anderson -  the Scot was struggling with a back injury - 7-5 in Week One, a low-quality affair in which these best of pals averaged in the 80s.

There’s far too much friendliness and not enough ruthlessness when these two cross tungsten and that doesn’t augur well for a classic on night one of a Dutch double header, scheduled courtesy of last month’s weather-enforced postponement of the Exeter card. The second night in Rotterdam will be on Thursday.

Two players who were in the elimination places earlier in the competition clash for the second time in three weeks with Rob Cross seeking to avenge a 7-5 loss in Belfast.

Cross and Daryl Gurney are unrecognisable from the players who were struggling over the first few weeks of their debut campaigns – Cross has won seven of his last eight, Gurney is unbeaten in six.

Gurney has tightened up his finishing – he’s hit 13 doubles from 23 attempts over the last two weeks – and definitely has the game to spring another surprise. If he does win, it looks sure to be close.

Home advantage will really mean something with the Rotterdam Ahoy turned into a temple to worship at the feet of the great man.

A five-time world champion and Dutch darts demigod, Barney will milk the adulation – the question is: does he have the game at the moment worthy of the support?

Barney has lost four in a row, by scorelines of 7-3 and worse, and has already lost to Simon Whitlock once in this campaign.

The crowd won’t give The Wizard much in the way of order, however, and that ought to be a consideration.

It's a tough one to call. Barney, by his own admission, threw in the towel against Peter Wright last week after losing to Daryl Gurney earlier in the evening. Whitlock, meanwhile, has been struggling with illness and pulled out of the German Open at the weekend.

Now the world number one has got his sights set on avenging his one and only loss of the current campaign, a shock 7-5 defeat at Snakebite’s hands in Week Two.

All current form suggests Van Gerwen gets up and with the crowd on his back, expect Wright’s performance to dip. He averaged only 90 when he played Barney at the Ahoy two years ago and has averaged 96 or under on five of his last seven outings.

Messrs Cross and Anderson reappear with the Englishman having won their previous showdown this season 7-5.

Which of these two the crowd picks on could prove significant. Interestingly, when Anderson played in a double-header last year, he produced a 113 average in his second match, a 7-2 battering of Peter Wright in Liverpool.