Brighton seem vulnerable against Derby in the FA Cup 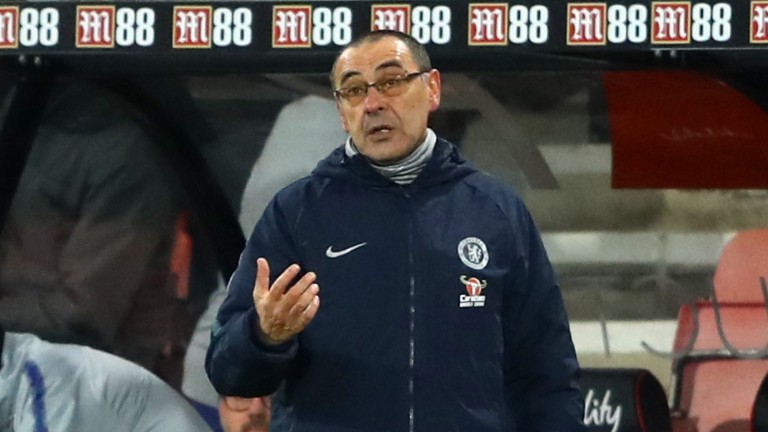 Maurizio Sarri seems to be struggling to motivate the Chelsea players
Getty Images
1 of 1
8:00PM, FEB 15 2019

Give us your best bet for the weekend

Alaves, who are riding high in fifth place in La Liga, to win at Real Betis, at around 4-1. It’s a long away journey, but sandwiched between two Europa League legs, I think Betis could come unstuck.

Brighton are struggling to create chances at the moment. They’re at home to draw specialists Derby, so I wouldn’t back Chris Hughton’s side at odds-on.

Where’s the value at Stamford Bridge on Monday?

Manchester United look better value to me, partly as they’ve had two extra days’ rest. They seem to know what they’re doing under the new regime, whereas Chelsea look increasingly lost under Maurizio Sarri.

I’m not convinced. He looks decent enough, but I’ve been surprised by the fuss. He’s fortunate in that England are lacking good young central midfielders.

What caught your eye in this week’s Champions League?

A geeky point, but PSG and Tottenham both deployed systems that looked like a four-man defence at some points, and a three-man defence at others. This type of flexibility is becoming increasingly important.

The 6-1 about a goalless draw between Atletico and Juventus looks decent value – that could be the most patient tactical battle in this season’s competition.