David Ferrer's Miami fairytale could be set to continue 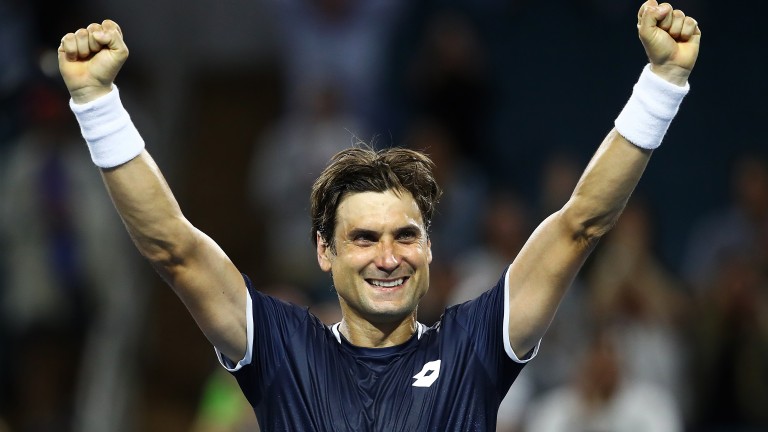 David Ferrer is in the twilight of his career but the Spanish veteran, who is retiring after the Madrid Open in May, has rolled back the years at the Miami Open and he has been backed to beat Frances Tiafoe at the Hard Rock Stadium.

Ferrer has only a few weeks left as a professional player but the 36-year-old is determined to finish on a high and he played superb tennis to down world number three Alexander Zverev on Saturday.

Zverev served poorly throughout the deciding set but much of that can be attributed to the pressure that Ferrer put him under. The veteran darted around the court as he did in his heyday and clearly enjoyed the support of a vocal Miami crowd.

Despite facing a US player for a place in the last 16, Ferrer can expect his share of encouragement again from the spectators thanks to Miami's huge Hispanic community, and he deserves to be favourite against the inconsistent Tiafoe.

The American reached the quarter-finals of the Australian Open at the start of the year but he has done little of note since his Melbourne run, winning just one match - a three-setter against Jordan Thompson in Acapulco - before beating inexperienced Miomir Kecmanovic in the second round in the Sunshine State.

If Ferrer turns up in the form that saw him beat Zverev, he is likely to prove tough for Tiafoe to topple.

FIRST PUBLISHED 8:00PM, MAR 24 2019
Ferrer can expect his share of encouragement again from the spectators thanks to Miami's huge Hispanic community