Mexico won't lose to Portugal without putting up a fight

Scrap for third place could be lively 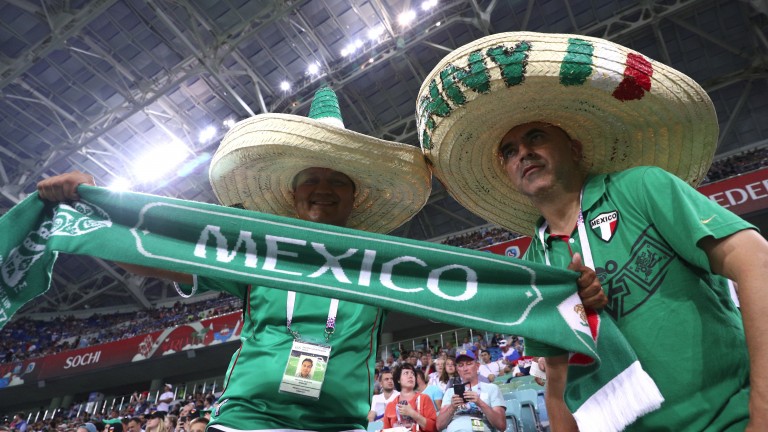 Two weeks after Portugal and Mexico met in an exciting group game, they clash once more to decide third and fourth places at this year’s Confederations Cup.

It was 2-2 when these teams met in Kazan, a match which saw the Mexicans twice come from behind to snatch a point.

Goals are again on the cards at Spartak Stadium in Moscow, though nothing like the star quality or intensity of the previous match.

Cristiano Ronaldo is the big-name absentee though Portugal boss Fernando Santos and his opposite number, Juan Carlos Osorio, will throw in squad members to ensure they have had a run-out in the tournament.

Given how the Mexicans came up short against Germany in Thursday’s second semi-final, when they were beaten 4-1, and that Portugal’s fringe men have had an extra 24 hours and far less travelling, the European champions are just about preferred. The prices certainly say as much.

Portugal have, after all, not lost a game in the tournament and have kept three straight clean sheets – their semi-final exit was on penalties after a 0-0 draw with Chile.

This game doesn’t look one to get heavily involved in and it might be worth considering that Mexico have trailed in each of their four games so far, but in three of them bounced back well.

They have scored in each of their last 11 matches and maybe another Mexican fightback is on the cards.

Team news
Portugal
Cristiano Ronaldo has flown home. Raphael Guerreiro is out with a broken leg. Pepe is available after a ban.

Mexico
Right-back Carlos Salcedo is out with a shoulder injury. Andres Guardado is available after suspension.