Messi can be the star in El Clasico goalfest 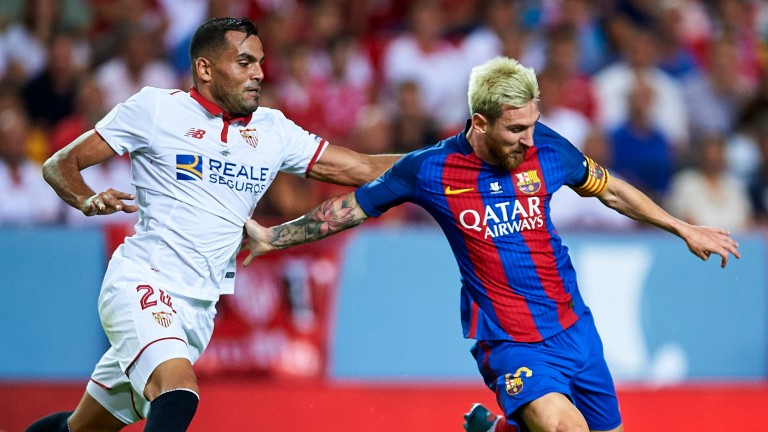 Those wanting to watch El Clasico can do so via the streaming option on most bookmakers’ websites and it should be another Camp Nou blockbuster between Barcelona and Real Madrid.

Leaders Madrid are six points clear of Barcelona and should they repeat last season’s success on enemy soil it could be all over for the Catalans before Christmas.

Therefore this match is even more important than usual and home boss Luis Enrique has been given a massive boost with Andres Iniesta, Gerard Pique and Jordi Alba returning to full training.

Barca will need to be at their best to end Real Madrid’s run of 32 matches unbeaten in all competitions, a sequence which has seen 24 victories and 92 goals.

However, the visitors must do without Gareth Bale for the majority of the season as the Welshman is ruled out until April, while Toni Kroos and Alvaro Morata are also crocked.

Casemiro, the Brazilian holding midfielder who recently returned to action, could well be risked by Zinedine Zidane who would gladly leave Barcelona with a point and the gap still six points.

It’s not an easy game to call from a betting point of view, particularly with bookmakers offering no better than 5-11 on both teams to score in what should once again be a shootout.

Both teams have scored in 19 of the last 20 meetings and Lionel Messi is the man to follow.

Messi has scored in 11 of his 16 matches for Barca this season and looks in better shape than Luis Suarez and Neymar, who is on a drought of seven matches. He’s had five cards in that time.

Real Madrid’s main threat is also pretty obvious and Cristiano Ronaldo seems to be thriving since Zidane switched to a 4-4-2 formation to compensate for the injuries to his attacking players.

Ronaldo scored a hat-trick in the excellent 3-0 win at Atletico and both goals in a 2-1 success over Sporting Gijon last time out.