Wright can give Van Gerwen a run for his money 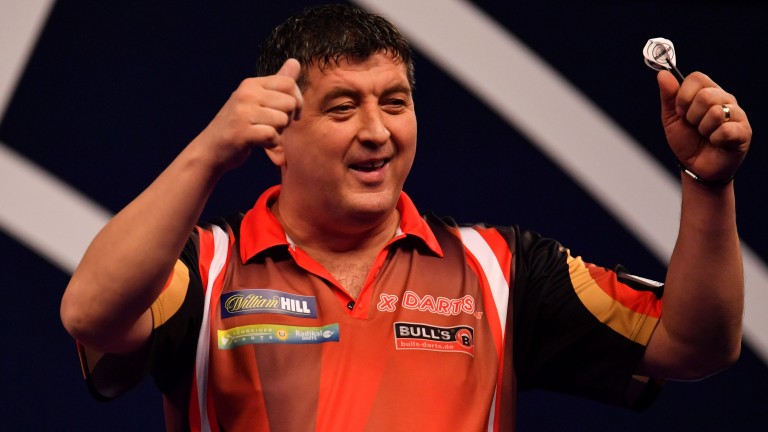 Suljovic was superb in topping his group - admittedly the easier-looking one - but he was deadly on his doubles and destroyed Simon Whitlock 10-1 earlier today.

Anderson has won all three meetings with The Gentle since losing last year's final but they were all tight affairs - most recently a 21-19 victory in the final of the World Matchplay in July.

Anderson hung on by the skin of his teeth to defeat Michael van Gerwen 10-9 and book his place in the Brighton semis and that may have taken something out of him.

The Flying Scotsman had led 7-3 at the break but looked a bit out of sorts afterwards before a sensational final leg.

Anderson said afterwards that his back was seizing up again - a problem that hurt his performances at the World Championship at the start of the year - so getting straight back into action won't be ideal.

The world numbers one and two clash in the other semi-final and it could be closer between Van Gerwen and Peter Wright than bookmakers anticipate.

MvG didn't look at his best despite almost completing an amazing comeback against Anderson earlier in the day, and the Dutch destroyer has lost two of his last four encounters with Wright.

Snakebite has been in great form, winning the Melbourne Masters and a Players Championship event in the last couple of months.

The Scotsman gets a 3.5-leg start in this race to 12 legs and that's enough to make Wright look worth siding with.