Melbourne Storm can edge a close contest with Sydney Roosters

Billy Slater should sign off in style in Grand Final 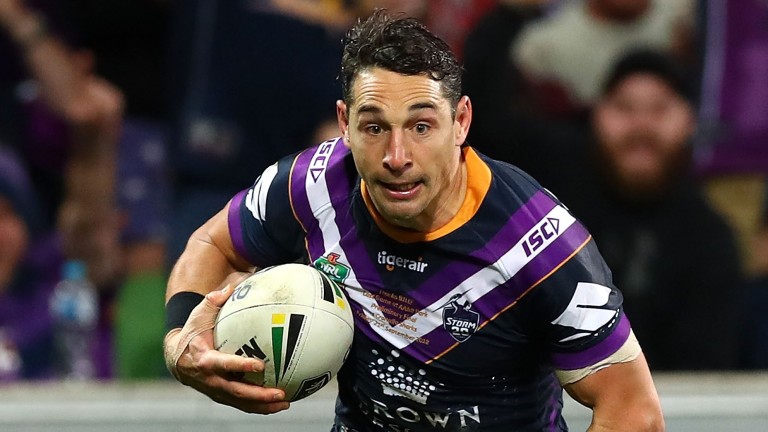 Champions Melbourne Storm put their NRL title on the line when they take on Sydney Roosters in a match which pitches first against second from the regular-season standings.

The sides posted identical records and were separated only by a points difference of eight in favour of the Roosters after 24 games. This dust-up at the ANZ Stadium could be just as tight.

Going against the Roosters, though, is the injury concern over star half-back Cooper Cronk, who will be given right up until kick-off to prove his fitness.

The Storm head into the game with their talisman full-back Billy Slater in place after he was cleared to play following an alleged shoulder charge in the semi-final victory over Cronulla.

Billy the Kid avoided a ban which would have kept him out of his final game before retirement and he could make the difference.

Slater scored two tries in the Storm's 22-6 win over the Sharks in last week's semi-final and he will be desperate to finish on a high.

Melbourne won 9-8 when the sides met in round 16 and backing another close contest looks the way to go.

Storm are 8-11 favourites for glory and are asked to cover just two points on the match handicap, but the value looks to be in the winning-margin market.

Even if Cronk features for the Roosters he may not be at full tilt so backing the Storm to win by two converted tries or less looks the way to go. Backing Slater to land the man-of-the-match honours in his final outing could also pay off.