And assists annoy me more than most 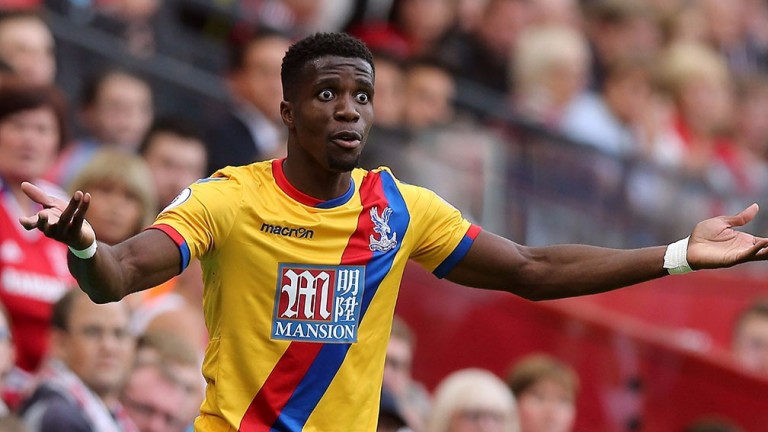 This column is nothing if not hopelessly lacking in influence. Two days after I expressed my despair at the ongoing problem of clashing kits, Burnley and Manchester City did battle at the weekend with one side wearing claret and blue shirts and the other clad in black and claret.

Differentiating between the two sets of annoyingly similar dark tops was not helped by the Turf Moor gantry facing the bright winter bright sun and the main camera being so high up I thought it had been strapped to a helicopter at first.

The difficulties in enjoying the game from the sofa were slightly offset by the intriguing appearance in the Burnley goal of Paul Robinson, England’s goalie during the Golden Generation [sic] era and making his first Premier League appearance in four years.

Robinson was decent but overrated, as per most of the so-called legends of Sven-Goran Eriksson’s team, but he could always kick the ball miles and in the 14th minute he showed there is still dynamite in his feet when he launched a punt downfield, from which Dean Marney expertly shot the hosts in front.

I would not have given Robinson’s part in the goal a second thought were it not for the fact that since then Twitter has been frothing at the mouth with excitement that Robinson now has as many assists as Mesut Ozil this season.

Of all the stats in football, the assist annoys me the most, except it’s not even a stat. It is not a record of an official event having taken place because the definition of an assist is so indeterminable.

You can earn an assist by dancing spectacularly past seven opponents and squaring the ball to a colleague to finish it off with his eyes closed or, as with Robinson at the weekend, hammer the ball downfield and hope it somehow results in a goal being scored.

It wasn’t even as if Marney connected directly with Robinson’s clearance, the ball having been headed back to him by Nicolas Otamendi. Perhaps there is a dubious assists committee – it wouldn’t surprise me given how ludicrous football tries to become sometimes.

Passes are another ludicrously unreliable measure of quality that are lapped up and regurgitated without question by so many people, which helps perpetuate the myth that Jordan Henderson is a top-quality footballer.

The Liverpool midfielder has completed the most passes of any Premier League player this season, but, as with assists, there is such a huge range of pass types that to lump them all together and try to claim they paint a clear picture of a player’s prowess is ridiculous.

Two killer balls threaded through a crowded penalty box that create clear-cut scoring chances are worth more than 200 simple layoffs to colleagues around the halfway line. It sounds so obvious and yet still we are bombarded with attempts to convince us these spurious numbers correlate to pure ability.

There are some football stats that are meaningful, of course, but the true hallmark of greatness is how many times a player can get you out of your seat, or swearing audibly at their latest piece of magic, or quicken your pulse, or make you reject an evening in the pub because you want to watch them. You cannot measure those things.

When I watch Wilfried Zaha I do so because he does all those things to me, not because I can calculate his latest successful take-on stats (yes, such things do exist). And when he doesn’t get picked for England it stirs different emotions.

It has been painful to see his talent go unrecognised by three England managers, but now the option to pick him has been removed from Gareth Southgate because Zaha has sensibly decided to go somewhere he is wanted and will now represent Ivory Coast.

And within two years, when the wizard has moved to a bigger club and is continuing to terrorise full backs on a weekly basis, the stupidity of Messrs Hodgson, Allardyce and Southgate in spurning his talents will be there for all to see – and it won’t require any kind of silly statistic to show what a travesty it is that England have forced out such a wonderful footballer.

I swear my glove affair with boxing is finally over

In April 2015 I took the decision to disengage with professional boxing (watching, not participating. I would be a shade of odds-against to beat Charles Hawtrey).

After a gradual transformation from being in awe of the sport to finding it increasingly tawdry it suddenly dawned on me one day that boxing was bringing me no pleasure at all. And apart from one evening in September when I caved in and begrudgingly marvelled as Gennady Golovkin dismantled Kell Brook I have not had a moment’s regret.

These days it is of course impossible to isolate yourself from anything, so yesterday I was reminded of the wisdom of my decision to stop following the sport when I was made made aware on Twitter that David Haye and Tony Bellew were involved in one of those pitiful media events where they glare at one another from close range, possibly indulge in some minor pushing and shoving and call each other names Year 7 scamps use.

Depressingly, these woeful gatherings seem to have the desired effect of convincing people to stump up roughly 15 quid to watch the actual fight.

At one point David Haye was asked by the Sky reporter to give a message to camera to Bellew. That message, clearly delivered, was: “You are a bellend.”

Whether Haye thought he was being clever using a word that sounded vaguely like his opponent’s surname or he just thought it was the most suitable juvenile insult he could think of I neither know nor care.

But as well as reminding me just how low-grade boxing is these days, it also illustrated again just how ludicrous Sky’s broadcasters are when they react to swearing.

Clearly it is wrong to broadcast language some people find offensive (although I seem to recall Jonathan Ross established and sustained an entire career on daring to say naughty words on TV), but Sky should instruct its staff to relax a little when dealing with the aftermath of an expletive being dropped.

On this occasion the reporter who had teed up Haye went into instant meltdown, chuntering on about how he’d told him not to swear and, in between a multitude of panicked apologies, manhandling the heavyweight out of shot, thus turning a slightly awkward moment into a piece of award-winning Partridgism.

And it was not a one-off. Golfers, for example, who can just about be heard uttering a muffled swear word in frustration at a wayward three-wood are guaranteed to cause the commentators to solemnly decry them and beg for viewers’ forgiveness.

They should just offer a discreet apology and move on. It’s no big deal, especially as 30,000 football fans can often be heard singing obscenities at the opposition without a word being mentioned from the gantry.

But despite Sky’s best efforts to whip up a ticket-shifting storm of hatred while ensuring any sensitive viewers would not hear anything to make them blush, I will not be watching Haye v Bellew or any other contest for that matter for the foreseeable future.