McIlroy may not be in the swing of things on return 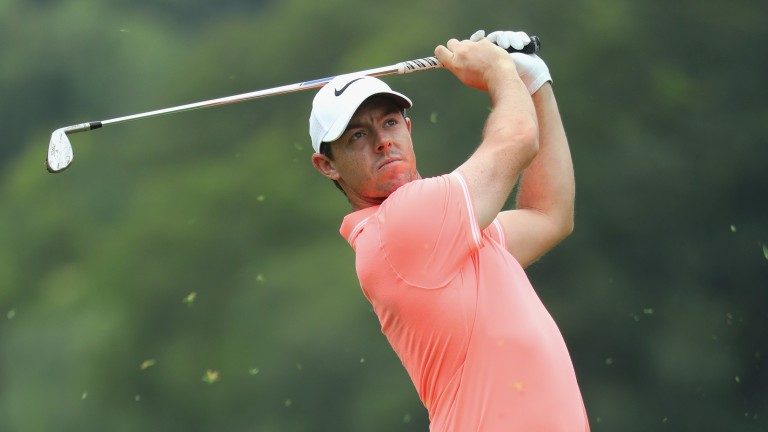 Rory McIlroy may struggle to keep up with his illustrious playing partners
Warren Little
1 of 1
By Steve Palmer 7:55PM, MAR 1 2017

Sky Sports 4, 7pm Thursday
Starts 5pm
The WGC-Mexico Championship field oozes quality and punters have some top-class threeballs to consider for round one at Club de Golf Chapultepec on Thursday.

McIlroy may struggle to keep up with his illustrious playing partners in his first competitive outing since the SA Open in the middle of January.

The Northern Irishman has recovered from a stress fracture in his ribs to take his place in the WGC field, but it will probably be a while before he finds top gear.

As well as fitness issues, McIlroy is still adjusting to new equipment, having switched to Callaway woods and irons at the start of the year. And Chapultepec does not play to McIlroy’s strengths.

A tight, tree-lined track at altitude is far from ideal for a powerful player who likes room off the tee and driver in hand.

Mexico City is 7,200 feet above sea level, which means the ball flies about 20 percent further than normal. McIlroy will be taking irons off the tee on some par-fours and Chapultepec may have a suffocating effect on him. Oppose Rory with Fowler and Matsuyama in 72-hole matches.

Fowler is fresh from a four-shot Honda Classic victory and will be confident of performing in Mexico. He was bogey-free for the final 44 holes of his tournament prior to the Honda – the Phoenix Open – and seems much more likely than McIlroy to bring his A-game to this new terrain. Paddy Power make Fowler 5-4 outsider in a WGC match against McIlroy.

McIlroy is also favourite against Matsuyama, who can be backed at evens with Betway. While McIlroy has been inactive for a month and a half, Matsuyama arrives in Mexico with four months of fantastic form behind him.

Aside from a second-round 80 in poor weather at Riviera, Matsuyama has been largely faultless since the Tour Championship in September.

Japan finally has a potential Major champion and Matsuyama’s ten tournaments prior to the Riviera flop yielded sensational form figures of 5-1-2-1-1-1-2-27-33-1.

Chapultepec has been described as an old-fashioned, Latin layout, similar to many of those found in Spain and Italy.

Spanish duo Sergio Garcia and Jon Rahm could take an immediate shine to the track and are worth a small tickle on the dual forecast market.