McGuire’s Rovers return could prove to be a key factor

Catalans may not be safe despite their stronger line-up 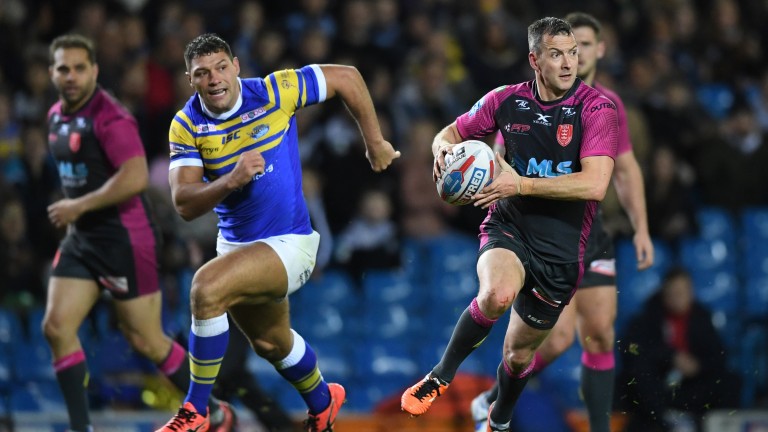 The Betfred Super League is little more than a month old but the Catalans v Hull KR game already has the air of a crucial clash in the battle to avoid the bottom four.

The teams have mustered a solitary victory between them this season and that came when they met at Craven Park three weeks ago and Rovers coasted to a 23-4 success.

The Dragons were missing the likes of Tony Gigot, Sam Moa, Louis Anderson and Michael McIlorum that night and all those players are available for this return fixture.

Rovers are flying in and out of the south of France on the day of the match as they bid for a quick league double over Catalans and they are 12-5 underdogs to succeed with the hosts a short-looking 2-5 to gain their first win for almost six months.

Since Steve McNamara took over as Catalans coach last June they have won only twice in 13 attempts against top-flight opponents. Both of those victories came against Leigh, who were relegated last year.

The French outfit are asked to concede an eight-point handicap, something they have managed only once against Super League sides since the start of last season.

This year their two matches at the Stade Gilbert Brutus both ended in narrow losses to early-season pacesetters St Helens and Wakefield.

On their travels KR were competitive but they lost at Leeds and capitulated 36-12 at Salford last time out despite taking an early lead. In that last outing Rovers were without injured talisman Danny McGuire, who is expected to return from a rib injury for this contest.

Robins boss Tim Sheens is expected to stick to a conservative game-plan and a tight, low-scoring match is in prospect.

With that in mind, backing the visitors in receipt on an eight-point start on the handicap looks the way to go.

Both teams have struggled to post points this season. Catalans have mustered a league-low 42 in their four games while Rovers have managed just ten more, so a total-points bet on unders could be prudent when prices become available.