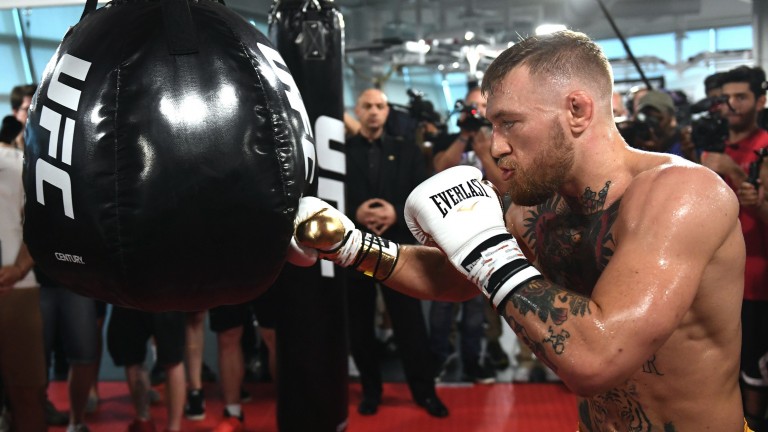 Bookmakers say they will be facing their biggest ever sports betting payout if Conor McGregor stuns the world and beats Floyd Mayweather on August 26 in Las Vegas.

Around 80 per cent of bets taken have been for the Irish UFC champion, causing his odds to tumble and most layers are now offering 3-1 or shorter about a McGregor victory.

The gamble was given a boost this week when the Nevada State Athletic Commission agreed that both boxers can wear 8oz gloves, which is considered to be an advantage for McGregor. Under Nevada regulations 10oz gloves are required in fights above 147 pounds - the bout is set for 154 pounds. UFC gloves are just 4oz.

Bet365 spokesman Steve Freeth said: "We lost over £1m when outsiders Tony Bellew and Tyson Fury beat David Haye and Wladimir Klitschko respectively, but we’re already well past those figures with a week to go until the bout in Las Vegas.

"McGregor is no longer the 9-1 longshot he was when we opened the market with an early victory for the Irishman already touching liabilities of several million pounds."

At the current odds, McGregor is a shorter price than all but two of Mayweather's opponents dating back to 2011 - boxers such as Marcos Maidana (both fights), Miguel Cotto, Zab Judah, Andre Berto and Victor Ortiz were all considered bigger underdogs.

Rupert Adams of Hills added: "Commentators are almost to a man backing Mayweather but our customers from across the world disagree and we have million-pound liabilities on Conor in the UK, the USA & Australia.”

Betsafe are one of McGregor's official sponsors for the fight and new customers with the firm can get 49-1 on the Dubliner for £1/€1.