McGregor can become the king of New York 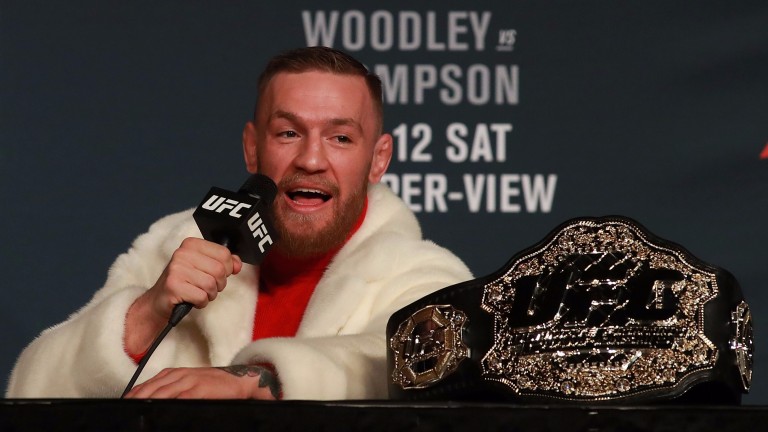 The UFC makes its long-awaited debut in New York’s Madison Square Garden with one of the strongest cards in mixed martial arts history, and Ireland’s Conor McGregor can take his chance in the main event and become the biggest superstar the sport has ever seen.

McGregor, the featherweight champion, is aiming for his own piece of history as a win over lightweight king Eddie Alvarez will make him the first UFC fighter to simultaneously hold belts in two separate divisions.

Alvarez is an extremely tough fighter with superb conditioning, but McGregor holds all the aces and 8-11 that the Dubliner is victorious looks more than fair.

He won the featherweight title by knocking out long-term champion Jose Aldo in just 13 seconds last December, and was set to face Rafael dos Anjos for the lightweight crown in his next fight, but Dos Anjos pulled out injured which led to McGregor taking on Nate Diaz twice in a back-and-forth feud that raised his profile to new limits.

Meanwhile, Alvarez took on Dos Anjos as a huge underdog and seized the opportunity, rocking him with a big right hand and following up with his trademark ‘Alvarez avalanche’ flurry of punches to force a stoppage from the referee.

That win shows how dangerous Alvarez can be, but McGregor’s striking skills are on a different level and he will enjoy a five-inch reach advantage. Also, Alvarez tends to throw punches from the hip and wing-in hooks which often leaves huge holes in his defence, and that could prove costly against McGregor.

Much has been made of Alvarez’s wrestling, but McGregor is tough to take down and even harder to keep on his back.

Four of Alvarez’s last five fights have gone to the scorecards and he could grind his way to the final bell, but he has been stopped three times before and McGregor has the power to hurt him.

There are two other world-title fights on the card. Welterweight champion Tyron Woodley is the 7-4 outsider against Stephen ‘Wonderboy’ Thompson, who is on a seven-fight win streak. It’s tempting to back Woodley at the prices, but Wonderboy is looking fantastic so this one is probably best swerved.

Before that, sensational women’s strawweight champion Joanna Jedrzejczyk is 2-7 to retain her title against Polish compatriot Karolina Kowal­kie­wicz. They have fought before as amateurs and Jedrzejczyk won via rear-naked choke, but Kowalkiewicz should be better prepared this time so take JJ to win on points at 10-11.

Also on the main card, middleweight Chris Weidman is 8-13 to beat Yoel Romero, while Miesha Tate is 4-7 to defeat Raquel Pennington in the women’s bantamweight division.

Kelvin Gastelum’s fight with Donald Cerrone was cancelled due to Gastelum having problems making the weight limit.