McDonald may need time to get a tune out of Limerick 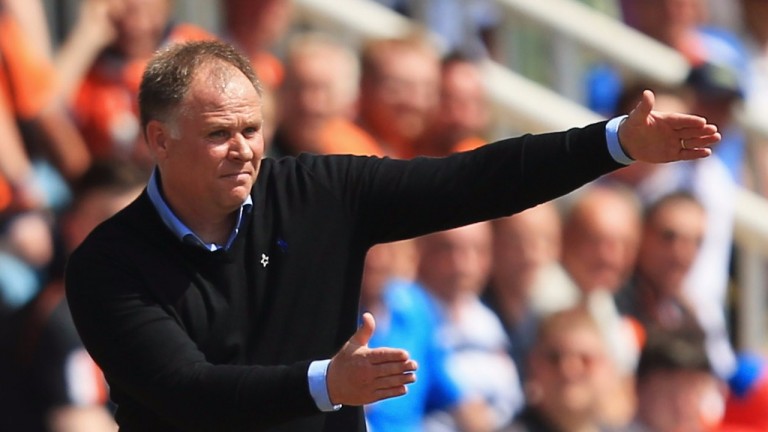 Former Blackpool manager Neil McDonald has taken over at Limerick
Stephen Pond
1 of 1
By Johnny Ward 8:01PM, MAY 18 2017

Limerick yesterday confirmed that former Blackpool and Carlisle manager Neil McDonald is their new boss – but he will certainly enjoy something of a troubling baptism.

A long-time Sam Allardyce ally, McDonald was a rather unexpected appointment. He is well respected but can't be expected to work miracles immediately and Limerick will probably struggle against Dundalk.

The Lilywhites welcomed back Robbie Benson last week and there was an undoubted connection between that and their improved performance against Sligo, who did not register a shot on target. Limerick are limited enough going forward, with Dundalk anything but.

Galway United are an even better bet at home to Finn Harps, who have conceded 12 goals in their last four matches and not scored at all. With Paddy McCourt in their side, Harps remain capable of good things, but Galway are one of the form sides in the country and their home record has been excellent.

Ronan Murray and Padraig Cunningham should create havoc against a creaky Harps rearguard, with the visitors’ hopes resting on attacking on the break. United should arguably be a much shorter price.

Bohemians are certainly in trouble, and although they have been backed away to Bray, the home side look like good things. They are a far better side than Bohs, who are struggling with injuries.