Daniel Dubois should bounce back with an early stoppage 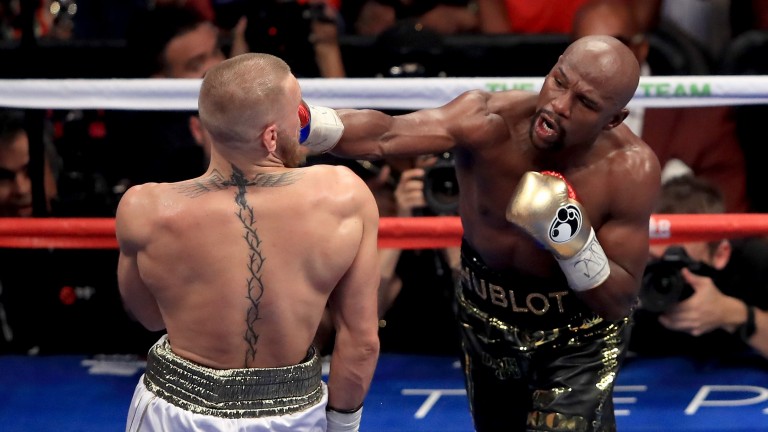 Floyd Mayweather returns to the ring to take on YouTube star Logan Paul in an eight-round exhibition fight in Florida on Monday morning.

Mayweather was tempted out of retirement by Conor McGregor two years ago and once again the call of cash is too much for Pretty Boy to resist.

The Florida State Boxing Commission has confirmed the rules for the bout and they are worth considering when placing a bet on the contest.

The fight will be an eight three-minute round bout, with no headgear and 12 ounce gloves. There will be no judges ringside, but knockouts are legal and they will be counted at the discretion of the referee.

Mayweather is one of the all-time boxing greats having beaten Ricky Hatton, Canelo Alvarez, Manny Pacquiao, Marcos Maidana and Oscar De La Hoya in an unbeaten 50-fight career and he now takes on a YouTuber. Clearly, Pretty Boy is the favourite for this fight, but it's not a proper boxing contest and given the unpredictable nature of these type of events it's hard to want to get involved at 1-6.

Paul makes his living from self-promotion and he is talented in that field. The social media man has talked up his chances in the build-up and he has made a big deal of his size and weight advantage. However, he has negligible boxing skills and is likely to be exposed.

Paul is pinning his hopes on the fact he has trained hard for the last 12 months for this fight, but the reality is he could have been in the gym since the day he was born and he'd still struggle to get near Mayweather.

There's not really any betting interest to this fight and punters are better off looking at Daniel Dubois' showdown against Bogdan Dinu.

The heavyweights clash at the Telford International Centre on Saturday night and Dubois is looking to recover from a punishing loss to Joe Joyce last time out.

Dynamite was one of the hottest prospects in British boxing prior to that defeat to Juggernaut and while the Greenwich fighter may still reach the heights he promised, he now has questions to answer.

Dubois was unable to get Joyce out of the ring early, as he had against nearly all of his previous opponents, and once it was clear that Juggernaut was hanging around, Triple D looked short of ideas. A nasty eye injury eventually put paid to Dubois in that fight and he will also need to recover from that setback.

However, it’s not all doom and gloom for the Greenwich banger. Joyce is now looking to challenge at world level and perhaps that wasn’t as bad a defeat as it first appeared. Dubois has also made a switch in his camp and he is now trained by the excellent Shane McGuigan. Dynamite’s punch power hasn’t gone away and he is still young enough to add the variety, head movement and ring craft that was missing in the single defeat of his career.

Bogdan Dinu has lost only twice in 22 professional bouts, but his 20 wins have all come against moderate opposition. On the two occasions that the Romanian has stepped up in class he has been stopped by Jarrell Miller and Kubrat Pulev.

Dinu has a rather suspect chin and he looks a tailor made opponent for Dubois. It’s unlikely that Triple D is going to want a bruising 12-round battle on his comeback, given the injury he picked up in his last fight and he looks likely to make short work of the 34-year-old.

Backing the fight to end before the start of the fourth round at even-money looks worth a punt.