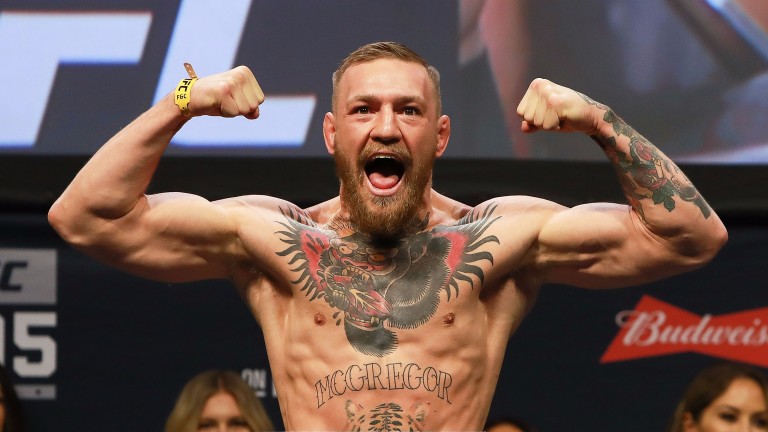 Mayweather, a former five-weight world champion who retired undefeated in 2015 after 49 bouts, is considered the greatest boxer of his generation while McGregor, a two-weight UFC champion from Dublin, Ireland has never fought a professional boxing match before, so it's no surprise to see the American a big favourite at around 1-10 in the betting.

It has been dismissed as a farce and a circus by many, but that is not expected to put off millions of people watching and betting on the event which UFC president Dana White has described as: "definitely going to be the biggest fight ever in combat sports history".

Ladbrokes said they've already seen enough activity in the market to suggest this will comfortably be the biggest fight in betting history.

Spokesman Alex Apati said: "The £20m we took as an industry in the build-up to the AJ v Klitschko fight came dangerously close to smashing records. But we're forecasting double the amount of that figure to be staked by the time these two blockbuster names come to blows."

McGregor, who in MMA is a southpaw striker with sensational knockout power, has been chalked up as a 6-1 underdog. At 28, he is 12 years younger than Mayweather.

The fight will take place under full boxing rules at 154lbs, the light-middleweight limit.