Mayweather protege Davis may be too hot for Walsh

Challenger will do well to hear the final bell 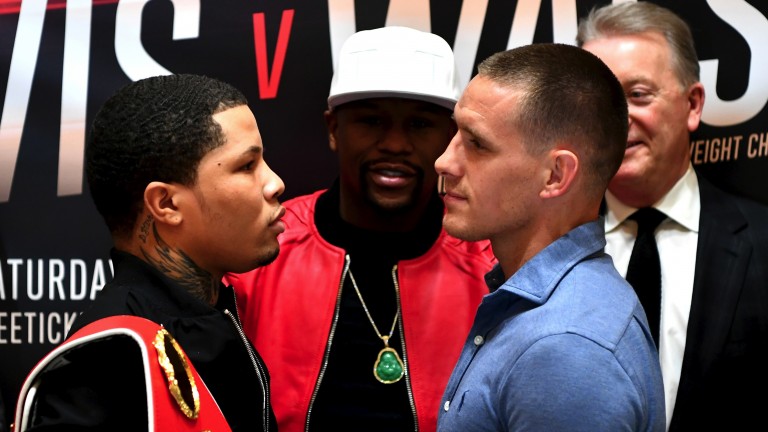 It has been a long road to the top for Norfolk's Liam Walsh but he finally gets the chance to fight for a world title at the Copper Box Arena in London - the only problem is that he is coming up against one of the brightest young prospects in the sport, Gervonta Davis.

Davis has been causing quite a stir in boxing circles, and not just because he is part of Floyd Mayweather's The Money Team stable. He grew up in extreme poverty in Baltimore, but is now firmly under the wing of Mayweather, who says he 'loves him like a son'.

Mayweather is the master of hype, but like his mentor 'Tank' possesses style and substance in abundance, and it's easy to see why Floyd likes him so much.

When Davis beat Jose Pedraza to win the IBF title in January he became boxing's youngest world champion, and he has all the attributes to become one of the sport's biggest stars. He can throw combinations from all angles, has a lightning jab, is dangerous to the body and Walsh must do his best to avoid Davis's favourite shot - his sickening uppercut.

Davis dominated from the first bell against Pedraza, who went into the fight with an undefeated 22-0 record, and although Pedraza rallied in the fifth Davis composed himself with all the calmness of a cold-blooded killer and knocked him out in the seventh with brutal force.

One obvious difference between Mayweather and his protege is that Davis is a finisher - 16 of his 17 fights have been won by KO (the exception was a six-rounder) and he has never been past nine rounds.

That will give Walsh hope that if he can drag Davis into the later rounds he may tire, and it is a possibility as the American fights with relentless intensity, but being part of Mayweather's team should ensure that his preparation will have been superb.

Walsh's promoter Frank Warren thinks an upset is on the cards, saying he is one of Britain's most underrated fighters, and Warren may be tempted to take some of the 10-3 quotes on offer about his man winning.

Walsh's career has been held back by injuries but he is mandatory challenger on merit and was impressive last time out when he dominated Andrey Klimov to win on the scorecards. However, Pedraza had done a similar job on Klimov before getting destroyed by Davis.

Walsh will need to produce the performance of his life to disrupt Mayweather's plans of turning Davis into a superstar, and if he can take the fight to the judges with home support he may have a chance, but he is up against a genuine class act with devastating power and Davis can get the knockout in the middle rounds.