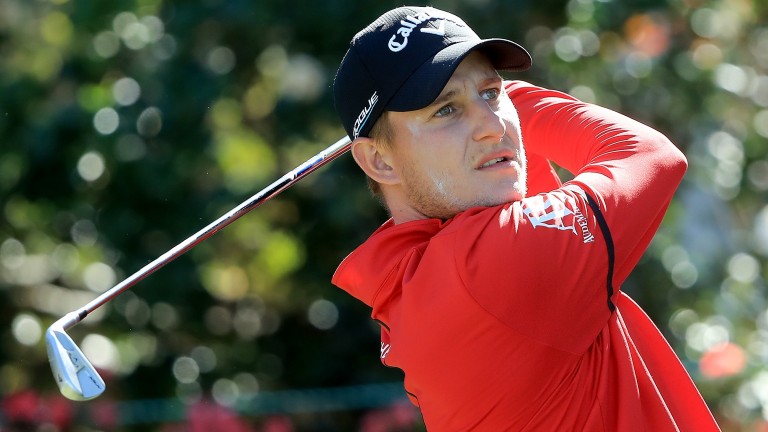 Viktor Hovland has been performing with great credit on his first visit to many PGA Tour venues this year, but the hugely promising Norwegian youngster has some previous experience of the course used for the Mayakoba Classic and can hit the ground running this week.

Hovland twice competed at El Camaleon as an amateur – firstly with two rounds in the 2016 Eisenhower Trophy, playing for Norway. He closed with a 65 at the track that year, then returned 12 months ago to miss the cut by a shot in his Mayakoba debut.

Hovland has become a hardened professional since then, recording six top-20 finishes on the PGA Tour via invitations, and he will expect to contend on Sunday. The powerhouse can outscore defending champion Matt Kuchar in a your-choice 72-hole match.

Hovland took the Korn Ferry Tour Finals by storm to clinch a PGA Tour card before sharing 11th spot in the BMW PGA Championship at Wentworth. He looks every inch a superstar in the making.

Kuchar has to deal with negative publicity this week and it may distract him from a stout title defence. He grossly underpaid his local caddie after winning last year but the story of his miserly antics emerged in the media and a barrage of criticism resulted. His return to Mexico has been eagerly awaited. Kuchar has also had two months off, so could be rusty.

Horschel is better suited to El Camaleon than Finau and in much better form, while Grillo has rock-solid Mayakoba form of 10-9-15 and should prove too steady for Howell.

In-form Mexican Abraham Ancer is a value outsider for his first-round threeball against Kuchar and Finau (12.50pm UK and Ireland time), while Scottie Scheffler is also worthy of support at odds-against to see off Robert Streb and Roger Sloan.

In the Eisenhower Trophy at El Camaleon, Scheffler represented the United States, who finished two shots behind Hovland's Norway. The 2019 Korn Ferry Tour player of the year tied for third in the Bermuda Championship last time out and should make a positive Mayakoba Classic debut.