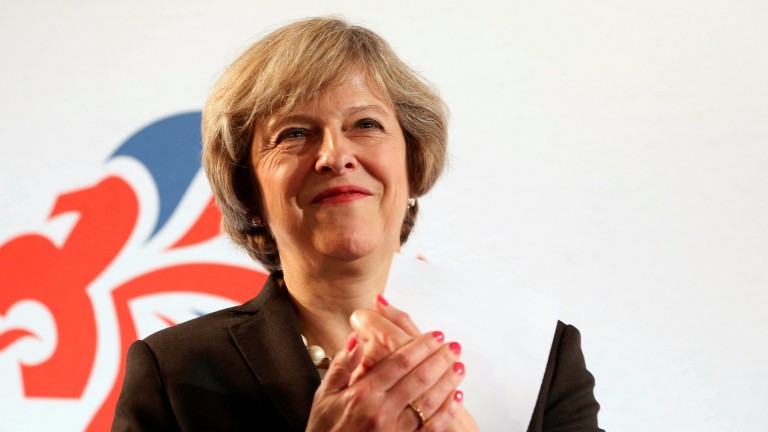 As kids, we would sometimes be strolling along and someone would break in to a run and shout “Race you to the corner”. So you’d join in for the hell of it, because anything else would seem wimpish, even though you knew you were already beaten.

That’s how the 2017 election campaign began, except that it was no sudden impulse. Theresa May’s ambush of Jeremy Corbyn by calling a snap contest was well-planned and well-funded, even if the final decision came late. Corbyn could have refused to play but that might have seemed absurd: “I’d rather stay in opposition, thank you.” (I disagree, but he doesn’t ask my advice.)

So he set off after her and we all waited for him to trip over his bootlaces.

That’s not how it’s gone. Six weeks have passed, and it has been May who has been flailing, stumbling and limping. Another week to go and there is plenty of time for Corbyn to fall flat on his face by delivering a speech in praise of Gerry Adams and Lenin. But it hasn’t happened yet.

Instead, as a little-noticed YouGov poll showed last week, when people were asked what they remembered from each party’s manifesto, they picked out Labour’s proposed abolition of tuition fees and the Tories’ dementia tax. One shiny and attractive; the other terrifying.

Since May had to backtrack on that, a fair number of floating voters – and I have seen this for myself on the streets of Labour marginals – now think of her not as “strong and stable” but as weak and brittle.

Meanwhile, on Monday night Corbyn brushed off a full-on Channel 4 assault from Paxman, his fellow-Jeremy, with good-humoured calm.
And the odds are tumbling: Theresa May 1-6 to be prime minister after the election; 1-7 a Tory majority; 1-12 most seats. 6-1 Corbyn, not 16s. Well, whoop-de-do. It’s almost turning into a contest. But not quite.

There are a couple of paradoxes here in that the better Labour do in the polls in the closing days the more attention will focus on the possibility that Corbyn might actually become prime minister (with dozy Diane Abbott as home secretary). And that’s a scare that would have some impact.

At the same time, the ex-Labour MPs fighting to cling on to their seats – most of whom still think Corbyn is useless, if not quite as useless as they thought – are now wondering if, with a better leader, their team could actually have carried the day.

In any case Corbyn’s triumph was short-lived: yesterday he had a brainfade on Woman’s Hour, a programme actually heard by real voters, not just the partisans and saddoes who watch politics on TV. So I am not convinced by the Corbyn surge.

Before this week, Labour candidates reported that their leader was costing a significant amount of core support: 3 per cent might be a fair guess. Well, that’s 23 seats gone blue and a May majority of 50 without taking into account other factors, like the Ukip collapsing mainly blue-wards, and probable Tory gains in Scotland.

The Maymania of early May looks a distant memory and Lord knows, recent elections have had a habit of proving pundits wrong.
But, with Scotland out of reach, Labour getting a majority or even most seats is still almost unthinkable.

Which may or may not be good news for the country – that’s not this column’s problem.

But political punters have been spoiled by a succession of thrilling political events; this election still looks like a dud. And the betting industry has failed to make the weather as it did in the last two unpredictable elections.

To find even half-decent bets one has to ferret around the dreary areas of percentages. The most important of these is turnout and there is clear evidence of fatigue among voters as they are invited to trudge to the polls for the third year running (fourth in Scotland).

Turnout normally goes down when (a) the result doesn’t look in doubt; (b) the election follows quickly after the last one; and (c) none of the offerings are enticing. That to me suggests three reasons for it to be down on the 66 per cent of 2015.

There is a belief that many youngsters will be enthused by the Corbyn project and the prospect of abolishing tuition fees.

I am assured by a friend with a daughter due to finish her exams next week that the chances of her even waking up on June 8 before the polls close at 10pm are “slim”.

Advised on May 13
J Corbyn to remain Labour leader until at least 2018
3pts 6-4 Paddy Power
Conservatives to win fewer than 388.5 seats
2pts 5-6 Ladbrokes