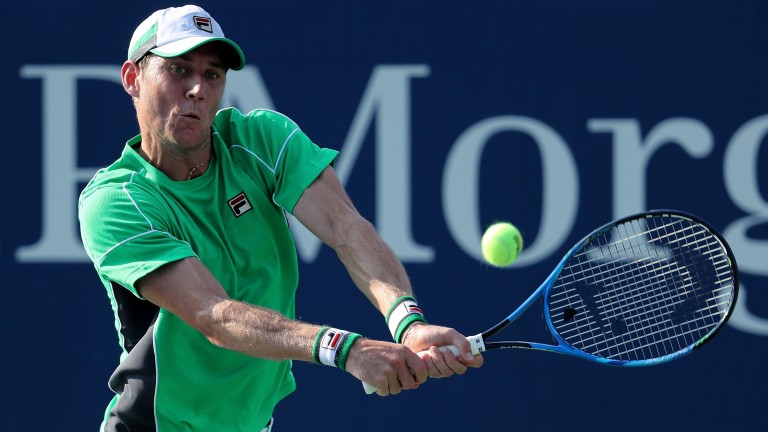 Matthew Ebden brushed aside Kamil Majchrzak in the Atlanta first round
Elsa
1 of 1
By Joe Champion 8:00PM, OCT 8 2018

Novak Djokovic returns to ATP action for the first time since his US Open victory when he takes to the court at the Shanghai Masters and the great Serb should have no problem taking care of Jeremy Chardy.

But Djokovic, who strolled to his 14th Grand Slam at Flushing Meadows, is a short price and there are better bets to be had, starting with Matthew Ebden, who takes on Austrian ace Dominic Thiem for a place in the third round.

Thiem has been in excellent form. The 25-year-old made the quarter-finals of the US Open, where he lost to Rafael Nadal, before picking up his 11th ATP World Tour title in St Petersburg last month.

But that was only the second hard-court title of Thiem’s career and there is little doubt that the Austrian is at his best on clay.

Thiem has tasted success eight times on the slowest surface and his US Open run was due in part to the New York courts playing more slowly than usual.

Conditions do not get much faster than they will be in Shanghai and Thiem, while clearly in good nick and high on confidence, has a poor record at the Qizhong Stadium.

He is yet to reach the third round of this event in three attempts, falling to Djokovic in 2014, Feliciano Lopez in 2015 and Viktor Troicki last year.

Australian Ebden produced a solid performance as an underdog to beat Frances Tiafoe in his opening match and should at least keep Thiem up to his work. He can be backed with a 4.5-game handicap start.

Another Aussie worthy of support is Daria Gavrilova, who takes on Zarina Diyas in the opening round of the Hong Kong Open.

Dasha has struggled since the beginning of the North American hard-court season but losses against Serena Williams, Aryna Sabalenka, Victoria Azarenka, Karolina Pliskova, Qiang Wang and Dominika Cibulkova are far from disastrous.

Diyas doesn’t possess the power of those star names and Gavrilova will be motivated to go far this week from a decent draw.