Matsuyama the man for money as layers fret about coverage

BBC taking over as USPGA channel 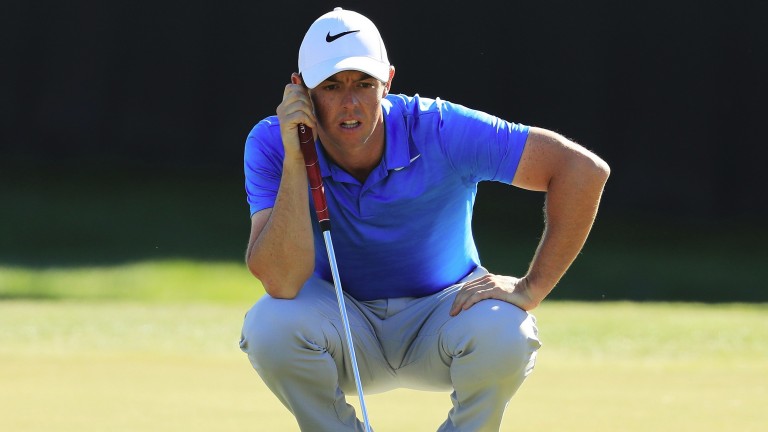 Rory McIlroy has been the subject of steady USPGA support
Richard Heathcote
1 of 1
By Steve Palmer 8:00PM, AUG 8 2017

Bookmakers disagree over how the switch of USPGA Championship coverage from Sky Sports to the BBC will affect turnover this week.

The shock move was greeted with despair by hardcore golf fans who are used to Sky's extensive package of live action for the Majors, but millions of more casual observers may be picked up by the terrestrial broadcast.

The USPGA first round is being shown on BBC Red Button and BBC iPlayer from 6pm, Thursday, coming on to BBC2 at 11.15pm. The BBC2 coverage starts slightly earlier each night, moving forward to a 10pm slot on Sunday.

Bet365 spokesman Steve Freeth said: “Historically, the USPGA is the quietest of the four Majors, and we're not expecting anything to change too much on that front with it being hidden behind the athletics for the majority of the time.

“Premier League football is back this weekend and the forecast for thunderstorms in North Carolina could turn the USPGA into a damp squib. Maybe we could see a surge of interest if we have a UK or Irish player in contention late on Sunday. Here's hoping.”

Rupert Adams of Hills was more optimistic about the change and expects a small increase in standard turnover. “BBC is usually the best channel to deliver turnover, followed by ITV, Sky and BT Sport.

It's a good time of the day for channel hopping and we could see a ten percent increase in turnover.”

Hideki Matsuyama remains the gamble of the tournament after his Bridgestone Invitational romp, with Rory McIlroy a well supported favourite. Matsuyama is the top liability of most layers and Adams said he “quickly became a six-figure loser for us”.

John Hill of Coral said: “We've been knocked over with interest in Matsuyama. He was costly for us on Sunday, but it will be our most expensive golf result of the year if he lifts the USPGA trophy.”

BoyleSports' Aoife Heffron said: “Matsuyama is the best backed player by far. Punters seem to see this a Matsuyama versus McIlroy battle.”