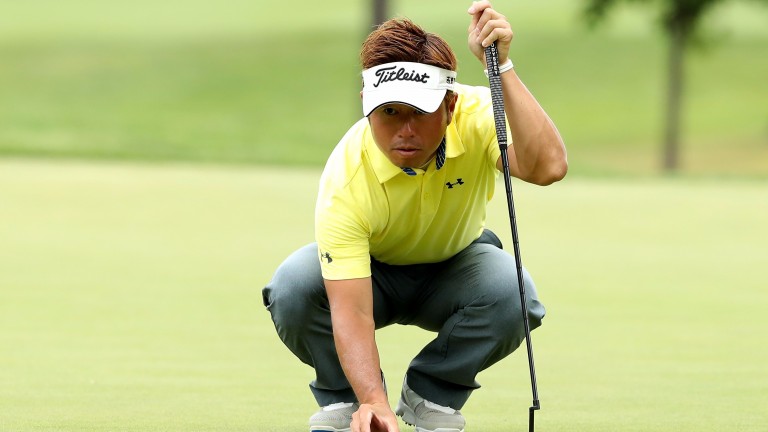 Michio Matsumura weighs up a putt at the Bridgestone Invitational
Getty Images
1 of 1
By Steve Palmer 8:00PM, NOV 8 2016

World number seven Hideki Matsuyama, who won the WGC-HSBC Champions title on his last outing, tees up as 13-8 favourite in his homeland this week for the Japan Tour’s Taiheiyo Masters.

Matsuyama, Taiheiyo victor at the 7,246-yard, par-72, Gotemba Course in 2011, should prove incredibly tough to beat when the action starts at 11.30pm UK and Ireland time on Wednesday night if he applies himself.

The each-way value lies with five-time Japan Tour champion Michio Matsumura. The 33-year-old has been quiet this term but could spark back to life at a venue he loves.

Matsumura was fourth in the 2008 Taiheiyo Masters, second in 2012 and sixth in 2014. He has won a tournament in each of the previous three seasons on the Japan Tour.