Paris royalty might be given a bumpy ride at Celtic Park 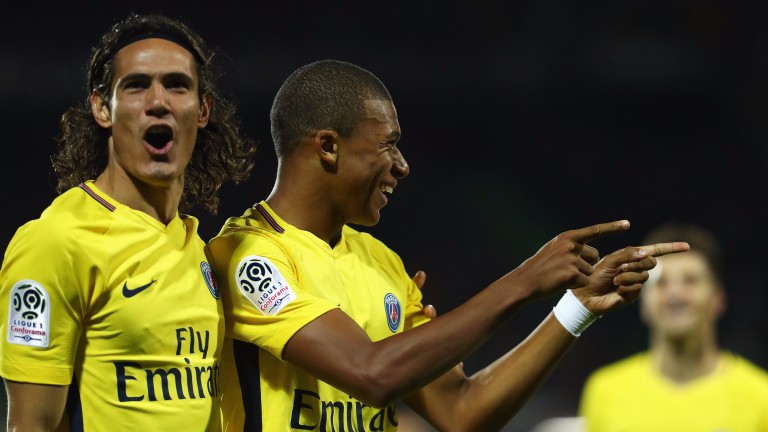 Paris St-Germain, whose last European road trip saw them concede six goals in one of the most remarkable Champions League matches ever, are assuming mythical status ahead of their Group B opener at Celtic Park.

Despite not being good enough to get past the first knockout stage last term courtesy of that 6-1 mauling in the Camp Nou, nor good enough to even win the French league, PSG have been backed into second favourites for the Champions League and are 1-4 to open up with a win in Glasgow.

No matter how much class they have in their ranks that’s far too short against a Celtic side who must be overpriced at 12-1.

Celtic, like PSG, are blessed with bags of firepower and will be right up for the challenge of bringing down one of the most hyped sides in Europe on a stage where they gave another team of big-spenders, Manchester City, an almighty fright this time last year.

Unai Emery’s PSG have begun the season in sparkling style with five straight wins. Edinson Cavani, 1-2 to score at any time, has found the net in each of those five fixtures.

The closest thing they’ve had to a test was at Metz on Friday in a game which was 1-1 after almost an hour but once the hosts went down to ten men, the Parisians pummelled them.

In Europe, however, they haven’t kept a clean sheet in their last six away ties and while everything looks sublime up front with Neymar and Kylian Mbappe added to the mix, questions remain further back with a keeper, Alphonse Areola, who has plenty to prove, and a defence that can be exposed on the counter.

Celtic are already leading the way in Scotland as they chase a seventh straight league title, though domestic form is barely worth mentioning. Punters need to be convinced that Brendan Rodgers has improved them on the European stage and that’s still open to debate.

What they do have is a goal threat posed by the likes of Scott Sinclair, Leigh Griffiths, James Forrest and even Odsonne Edouard, who has been loaned to the Hoops from PSG and scored on his debut against Hamilton.

If Rodgers can devise a tactic – possibly putting an extra man in midfield to clog up space as Metz did for the best part of an hour - Celtic can stay in the game.

Team news
Celtic
Leigh Griffiths has recovered from a calf strain. Centre-backs Erik Sviatchenko and Dedryck Boyata plus striker Moussa Dembele are out. On-loan Odsonne Edouard is able to play against his parent club.

Paris St-Germain
Angel Di Maria and Javier Pastore are out.